MSA on track for adoption by European beef producing countries AN international beef quality grading system based on the Meat Standards Australia program is being developed to improve the eating quality of beef produced in Europe.

At the 20 years of MSA forum in Melbourne last week, French meat scientist Dr Jean-Francois Hocquette explained how collaborative research with meat scientists from Australia and Europe has been progressing for several years.

The aim is to test if Australia’s MSA program can be used to predict and improve beef eating quality in cattle in countries such as France, Poland and the United Kingdom, and the program’s relevance to consumers in those countries.

Australian MSA experts including Rod Polkinghorne and David Pethick have been involved in the work which aims to improve the eating quality of beef around the world in order to lift global beef consumption and increase demand for beef relative to competing proteins such as chicken, pork and fish. 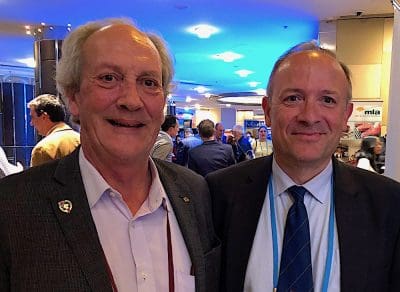 Dr Hocquette from the French National Institute for Agricultural Research (INRA) explained to the forum that beef produced in France, for example, is sourced largely from culled dairy cows and dairy bulls, and the eating quality of French beef is highly variable.

France is in a similar scenario to where Australia was 20 years ago, he said. There is no strong relationship between the eating quality of beef and price at the consumer level, and beef eating quality is widely criticised.

“Our research has shown that beef is not meeting consumer expectations, and moreover, a consumer-driven prediction model of beef eating quality and a beef eating quality grading system, similar in design to the Australian MSA system, is highly applicable to both the European beef industry and also to European consumers.”

Meat Standards Australia (MSA) research in Australia, France, Ireland, Poland, USA, Japan, South Korea and South Africa has shown that consumers across diverse cultures and nationalities have a remarkably similar view of beef eating quality, which could be used to underpin an international language on palatability.

Consumers will to pay more for higher eating quality

Research shows consumers around the world are willing to pay more for beef with better eating quality grades.

Dr Hocquette said collaborative research between meat scientists from various countries including Australia has shown an MSA-based beef quality grading system would work in Europe, with some minor adjustments to account for the different types of cattle production systems in each country.

In a major step towards driving the initiative forward, an International Meat Research Foundation on Beef Quality has now been established under the auspices of the United Nations Economic Commission for Europe on the standardisation of meat.

Dr Hocquette said the challenge is now to get the commercial segments of the red meat chain in each country to agree to progress the adoption of an MSA-based prototype. As in Australia 20 years ago, he said there are points of resistance at industry level, such as from individual breed societies fearing that an eating quality program may disadvantage their specific type of cattle.

However, he said the Australian experience had proven that there was more variation within breeds than between breeds, and that the MSA type program helped breeds to improve eating quality rather than disrupting them.

“Now we have enough data, if all the partners agree to share the data, it might be possible to set up an MSA prototype, and this prototype can be offered to the beef industry,” Dr Hocquette told Beef Central.

“For France it is impossible to have a prototype in France with French data only, it is the same, in Poland, it is the same in Ireland, and we are convinced that combining and sharing that data is the only way to move forward.

“The beef industry can be highly conservative, it can be difficult to convince one company that the best way is to share data with others.”

Is sharing MSA knowledge of value to Australia?

Twenty years of investment to develop and evolve the MSA beef quality grading program, harnessing science and meat research from around the world, has helped to improve the eating quality of Australian beef, and in turn given it a competitve edge in world markets.

Is this something Australia would want to give away internationally? 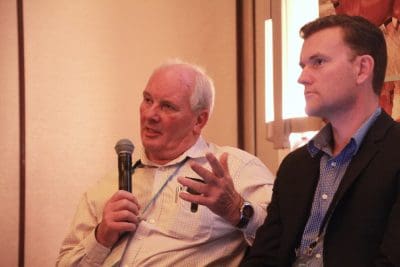 Prominent red meat eating quality advocate Rod Polkinghorne said the aim was to improve the eating quality of beef around the world and in turn to lift demand for beef relative to other proteins.

“If you get a bad bit of beef in France, you don’t say, ‘oh, French beef is bad’, you say ‘beef is bad’, and you stop buying beef.

“So the Australian point of view is, if you lift European beef consumption by a kilogram, and just by personal experience of eating beef there you could shift it by a lot more than that if it is good.

“If their beef gets better and the demand goes up, where are you going to get more beef in Europe? It has got to come from somewhere. 70pc of our meat is sold somewhere else.”

Australia’s preparedness to collaborate and share data with European countries was also seen as a positive in terms of helping Australia’s push for a great share of the European beef import market under Free Trade Agreement negotiations.

Positioning Australia as the recognised benchmark of quality 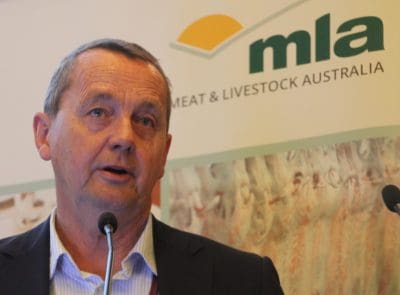 While chairing a session at the MSA forum Mr Webster asked audience members if they saw logic in moving from what was an Australian activity which harnessed work and science from all around the world into a global partnership to progress beef eating quality.

A show of hands indicated a majority of the 80 or so people in the audience – which comprised primarily meat scientists and researchers but also some red meat producers, processors and retailers – indicated they favoured the idea.

Mr Polkinghorne said the aim of improving beef quality was a global issue best approached on a global basis.

“No one has enough money to solve this whole matrix,” he said. “Why are we all working on the same thing in different corners, why don’t we work on it together?”

He said the aim was to create a global structure with a set of tools to collect data in a standard format and a cloud-based database to store it safely and securely. “We would get efficiency from having one big database, we can always push a button and say let’s share this, or we can build prediction models. We already have quite a lot of customer data from different customers and quite a lot of interconnectedness.

The MSA Forum was held as part of the International Conference of Meat Science and Technology in Melbourne.