UP TO  four commercial trials in different processing applications across northern and southern Australia might be necessary before the red meat industry commits serious funds to the installation of DEXA objective carcase yield measurement technology. 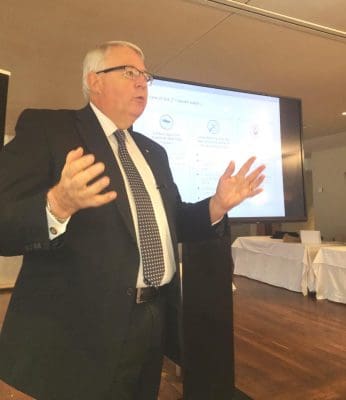 That is one of the signals to emerge from a second issues paper released yesterday as part of an independent review of Meat & Livestock Australia’s proposed investment in DEXA technology.

EY engaged with a cross section of industry bodies, producers, processors in forming conclusions outlined in the report.

“Both producer and processors want to see pilot programs using DEXA conducted before any significant capital is invested,” the issues paper says. “They want to see if the technology actually works for the industry, on many fronts. They expect any business case to be well-supported by pilots, trials and data,” the report said.

Several processors interviewed indicated a willingness to conduct pilot programs at their facilities.”

The issues paper suggests that the broader industry is more aligned than it is divided on DEXA technology and its future potential role.

Further stakeholder feedback will be sought on the key issues identified before the final report is issued around the end of May.

Last November, MLA managing director Richard Norton surprised many across the industry when he announced an ambitious plan called Project 150, to establish Dual Energy X-Ray Absorptiometry technology to assess carcase yield in up to 90 Ausmeat accredited beef plant in Australia, at an estimated cost of $150 million by 2020 (click here to view original story).

In February, the Australian Meat Processor Corporation and Australian Meat Industry Council appointed consultants EY to undertake an independent review into the introduction of objective carcase measurement technology and its application in the red meat processing industry.

The second Issues Paper has been developed after engagement with a wide range of industry stakeholders including producers and processors, both large and small, various peak industry councils, providers of OCM technology and other interested parties.

Six key issues have emerged from the qualitative research among both producers and processors:

He said EY’s second issues paper outlined the key issues for the industry’s consideration, and he encouraged the wider industry to provide input into the questions raised in the document.

EY’s independent review team leader Andrew Metcalfe said there had been a good level of engagement from the industry during the study. He welcomed feedback on the second Issues Paper and encouraged more stakeholders to come forward and contribute to the process.

The final review will provide analysis and recommendations on whether investment in DEXA technology is a prudent operational and commercial decision for processors. The review will evaluate all strategic, technical, financial, commercial, operational, governance, and implementation aspects of Project 150.