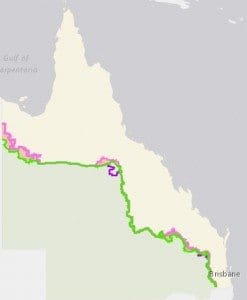 The Queensland Government says it has received more than 1000 online and written submissions and heard feedback from more than 1000 people at public meetings during consultation on the future location of the cattle tick line.

Agriculture Minister Leanne Donaldson said the consultation process, which ended on 29 February, had ensured all interested parties had been heard.

“The submissions and feedback will guide the final decision on the location of the tick line,” the Minister said.

“The information we have gathered will now be reviewed by the Department of Agriculture and Fisheries and a final decision will be based on minimising the impacts of cattle ticks on Queensland’s livestock industry as a whole.

“All through this process we have been committed to listening to what producers want.

“The location of the tick line needs to take into account local knowledge and the special situation of each individual region and I am confident we now have the information we need to make the best possible decision.”

Minister Donaldson said her department had attended 19 public meetings hosted by AgForce and community groups along the current tick line and in some regions strong opposing opinions had been expressed.

“I would like to take this opportunity to thank AgForce for the work it has done to ensure all producers have been fully informed. I also want to thank all those who have taken the opportunity to be heard during the consultation period.

“This is a vital issue for Queensland’s livestock industry and it is inevitable that opinions vary,” the Minister said.

“This is the first opportunity in 30 years for broad industry consultation to improve cattle tick management in Queensland.

“Yet some key themes are emerging from the surveys.

“About 85% of respondents agree the tick line should be positioned to provide the greatest possible protection for the tick-free zone.”

–       Option 1: The current free zone is the new free zone. The remainder of the state including the current control zone, is the infested zone.

–       Option 2: All of the current free zone and control zones are the new free zone. The remainder of the state is the infested zone.

–       Option 3: The free zone be created by aligning the new tick line using major double fenced roads to create a buffer where practical. This option would allow the line to be moved to the most sustainable position.

Queensland’s shadow agriculture minister Deb Frecklington says Ms Donaldson’s statement that her decision on the tickline will be final and no appeals will be allowed shows arrogance and wilful disregard for cattle producers, their knowledge of their properties, regions and industry.

“Minister Donaldson initially tried to shut debate on the tickline down and had to be pressured into extending the so-called consultation period for a month beyond January,” Ms Frecklington said.

“Now she’s at it again, saying her decision will be final and no appeals will be allowed.

“Labor’s approach to this issue show how out of touch they are with the state’s primary producers and they are holding Queensland agriculture back.”

Ms Frecklington, whose Nanango electorate is bisected by the tick-line, said the Palaszczuk Labor government and Leanne Donaldson had grossly underestimated the level of concern and commitment of landholders to maintain the tick-line.

“Today I’ve received another petition from producers, this time from Taroom with 465 signatures. It’s the eighth petition I’ve been asked to table in Parliament, underlining the level of concern surrounding the issue.”

Ms Frecklington said the Minister was crowing that a series of meetings had been held and more than 1000 submissions received, but then said her decision on where the tick-line went would be final.

“Queensland beef and dairy producers need to keep a sharp eye on the handling and outcome of this important issue,” she said.

“Other major pest and disease management issues are currently being reviewed, including Bovine Johne’s Disease, and producers and their industry leaders need to watch very carefully how the Palaszczuk Labor Government and the Minister proceeds.

“Once a decision is made, either by producers or in this case by the Minister, it will be very hard to turn back the clock from any shift away from current controls to self-assessment and individual risk-management.

“Hundreds of producers along the tick-line have worked hard for years to keep their properties and herds clean.

“We need to ensure this effort is not lost through the arrogant actions of a Minister who says her decision will be final.”