Meat & Livestock Australia members are being reminded to complete and submit their voting entitlement and proxy forms ahead of the industry service delivery company’s upcoming Annual General Meeting on 19 November. 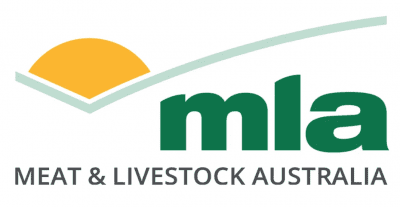 Members will have received their AGM packs in recent weeks, containing all the necessary information to participate in the AGM, including how members can cast their vote if they can’t attend the AGM.

This year, MLA has made the decision to hold the AGM online, in response to the COVID-19 pandemic and the restrictions on gatherings and travel, as well as social distancing requirements. This provides certainty and allows as many of our members to participate as possible. The AGM can be viewed through the Lumi AGM app on either a laptop, tablet or smartphone – with details for how to join the meeting included in members voting pack and on the MLA website.

Members will still be able to ask questions during the AGM, and they can be submitted through the Lumi app or emailed prior to the event to questions@mla.com.au.

Election of three producer reps to MLA Board Selection Committee

The nominee for the sheep producer representative position is Mark Wootton (details below).

The nominee for the lot feeder producer representative position is Tony Fitzgerald (details below).

All producer nominees are put forward to the AGM and are voted on by producer members of the respective class.

The role of the Selection Committee is to report to MLA members on the suitability of candidates for election or re‑election to the office of Director of MLA.

The Board Selection Committee is currently made up of four producer members who have been directly elected by MLA members – one sheepmeat, one grainfed cattle and two grassfed cattle representatives – three representatives nominated by producer peak councils and two non-voting MLA Directors.

Election of three Directors to MLA Board

MLA members are also being asked to elect three Directors of MLA at the AGM. The three nominees, Mr Alan Beckett, Mr Andrew Michael and Mr Russell Lethbridge, were shortlisted from a pool of 98 highly skilled applicants through a rigorous selection process run by the Selection Committee (please see detailed biographies below). MLA members can submit their vote online at www.computershare.com.au/mlavoting

Voting entitlement and proxy forms must be received by MLA no later than 3.30pm (NSW Time) on Tuesday, 17 November 2020. For more information on the MLA AGM, click here.

Daniel Radel
Mr Radel is a graduate of Emerald Agricultural College and has been operating as a commercial cattle producer in southwest Queensland for 25 years. He is a keen community volunteer, serving as an AgForce Cattle Board Director since 2016 and more recently as an MMAT Cattle Council Australia Committee Member. Mr Radel is keen to join the MLA Selection Committee this year to provide advocacy for the beef industry decision making process, ensuring representation is achieved for grassroots producers. 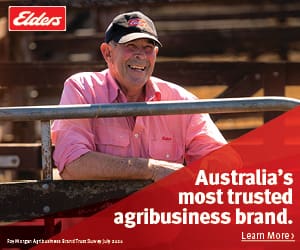 Peta Collett
Ms Collett was part of an agricultural and livestock family business for 20 years. After downsizing the main rural business in 2017, she started a partnership managing a cattle business that has been growing steadily. She has a Diploma of Counselling which developed her people problem-solving skills during the many challenges of drought conditions and is currently in her third year of a Bachelor of Counselling. Ms Collett has a strong interest in the many challenges producers are facing and finding ways to strengthen business practices and improve longer-term profits. Ms Collett is keen to join the Selection Committee to ensure MLA has the best director candidates who can bring innovative ideas and sustainable practices to the industry.

Michael Decman
Mr Decman is a cattle producer and proprietor of a number of properties with over 50 years’ experience in business including primary production and cattle production. He is a Director of three companies and undertakes regular consultation and advocacy for industry and primary production, assisting with change and input to government and local authority areas. Mr Decman brings a strong regional representation, leadership and focus to the position, with substantial, broad-ranging business experience. Having been elected by peers to industry as chairman of Master Builders Queensland, he is committed to the positions he holds, as well as to ensuring member benefits are appropriate to the cattle industry and are delivered with good governance.

Mark Wootton
Mr Wootton is the Principal/Manager of Jigsaw Farms, a high input carbon neutral operation in south-west Victoria, running 20,000 Merino ewes joined to Merino and terminal sires and 700 breeding cows. He is currently a member of the Sheep Sustainability Framework, the Victorian Farmers Federation and Chair of the Victorian Independent Advisory Panel for Agricultural Energy Investment Plan. Mr Wootton is keen to help ensure that MLA is governed by the best directors available in order to help producers to capitalise on the opportunities that are present and emerging for industry.

Tony Fitzgerald
Mr Fitzgerald graduated Emerald Agricultural College in Animal Husbandry and Engineering and has Diplomas in Agriculture and Business Management. He has been a Director of the Australian Lot Feeders Association for the last nine years, serving the last five terms as Vice President, and is a former president of the Australian Wagyu Association. Currently, Mr Fitzgerald is General Manager and Director of Whyalla Beef, producing more than 100,000 head of grainfed beef cattle per year. Mr Fitzgerald is a strong supporter of the Selection Committee and what it achieves for the members. If re-elected, Mr Fitzgerald will continue to give voice on behalf of grainfed producers, ensuring the best possible candidates are recommended for approval at the AGM.

Andrew Michael
Qualifications: GAICD
Mr Michael is a fourth-generation producer, working his 1,500ha family farm at Snowtown, SA, as well as grazing land in the state’s north-east pastoral area and in the south-east. Over the last 45 years he has built and operated a large-scale sheepmeat and wool business including both terminal and maternal sheep. He has extensive experience in the use of breeding technologies in both the sheep and cattle industries and, for over 35 years, has incorporated all the latest leading-edge animal breeding technologies available. Mr Michael is a great supporter and user of all sheep industry groups, including Sheep CRC, Sheep Genetics, Information Nucleus Flock and many more. Using these technologies and working with industry groups has assisted him to develop a highly productive business, breeding top performing sheep for quality red meat production, along with high value skins and wools on animals that do not require mulesing. For many years he has had a close association with commercial producers all round Australia, New Zealand and South America, holding presentation and educational field days and helping their marketing and genetic selection programs. Mr Michael is a director of Meat & Livestock Australia Limited, Integrity Systems
Company Limited and a member of the Audit, Finance & Risk Committee.

Russell Lethbridge
Qualifications: Dip Rural Business Management, Cert Animal
Husbandry and Farm Engineering (Hons), GAICD Mr Lethbridge, with his family, runs Werrington Cattle Company, a commercial beef cattle, breeding, growing and fattening enterprise. Werrington has been in the Lethbridge family for 124 years with the current branch of the family in ownership since 1980. The Werrington business runs over 13,000 head of cattle and comprises a breeding program on 120,000ha of natural eucalypt forest country, approximately 250km west of Townsville and 200km north of Hughenden in north Queensland. The business also consists of Rainmore Station, a 27,000ha property near Alpha in central Queensland. Mr Lethbridge has a deep understanding of cattle production systems, managing breeder and feeder cattle under extreme environmental conditions and pasture nutrition levels, utilising genetic selection and strategic herd management to achieve production and business success. Mr Lethbridge is a director of Meat & Livestock Australia Limited, Integrity Systems Company Limited and a member of the Audit, Finance & Risk Committee.

Previous roles:
Mr Lethbridge was Chair of the Hann Highway Action Group, a member of the Rural Fire Board and a member of the Oak Race Club Committee. He was an elected representative of AgForce for seven years, beginning as Regional Vice President for the north region, then as Regional President and Board Member and member of AgForce Finance Audit and Risk and Agribusiness Finance Drought and Climate Policy Committees. He was a member of the steering committee for the Northern Gulf Resource Management Group to develop and promote a business improvement package for north Australian cattlemen.