MEAT & Livestock Australia has dropped a proposed $10 million Bushfire Emergency Response Fund to finance the transport of livestock out of affected areas, after industry body opposition and a roll-out of Federal Government support.

Some industry bodies have also queried MLA’s consultation process involved in developing the fund proposal, and its appropriateness under MLA’s research, development and marketing charter.

However, Sheep Central has established that the shelving of the project also followed industry opposition. Some SFOs have also reacted to Mr Strong’s statement to industry bodies that MLA “engaged its key stakeholder, the federal Department of Agriculture and also the Minister in developing the fund concept”, but without mentioning any engagement with industry bodies. Mr Strong said the proposal received strong endorsement from the department and MLA proceeded to scope out how to best operationalise the fund.

“As MLA was finalising preparations, it became apparent that the department were developing a broader response plan, culminating in announcement of $100 million in disaster relief funding on Tuesday 14th January.”

Sheep Producers Australia chief executive officer Stephen Crisp said the body has had a lot of discussions with MLA about many ideas over the last couple of weeks “and that (the fund) was one of them.”

“It was just put as one of many options and the fact that it is not going ahead, we are fine with, because a lot of things have moved past that point, with new government funding in that area.

Mr Crisp said MLA has many key stakeholders and the body has to work with the department.

“Obviously producers are a key stakeholder, but in this case I think Jason was just referring to the fact that government has been asking all the major organisations for ideas on the best way to deal with the crisis and provide a positive response,” he said.

Mr Crisp explained away the relevance of the fund to MLA’s charter, stating it was a “very fluid area while industry is trying to work out a decent response to a bushfire crisis.”

“We are not against anything that provides some immediate relief.”

Cattle Council Australia chief executive officer Travis Tobin said the council and its SFO members have been working with MLA and other agencies this week to ensure industry is assisting bushfire-affected producers.

“In the course of our ongoing industry-level discussions, MLA’s proposed Bushfire Emergency Response Fund was flagged.

“Key considerations throughout these discussions have been about how producer levies could or should be spent in supporting the recovery and how to best align our efforts with government initiatives, such as the Federal announcement this week of $100 million in disaster relief funding for affected producers,” he said. 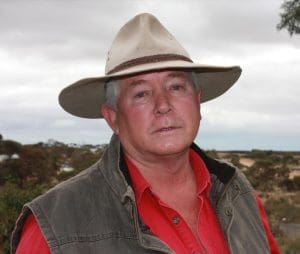 However, NSW Farmers, Livestock SA and the Victorian Farmers Federation Livestock Group all claimed they were not consulted on the fund’s development and believe it does not within MLA’s charter.

VFF Livestock Group president Leonard Vallance said he spoke to Mr Strong about the proposal, but said the VFF was not consulted in its development.

“Cattle Council was consulted after the fact and they told them a flat ‘No’.

“The VFF gave a very clear message to MLA that they are not a disaster relief organisation,” Mr Vallance said.

“They are an R&D and marketing organisation and we would all be better served if MLA was able to increase the price of beef.

“They are in a position provide technical information to farmers on nutrition and pasture rehabilitation after fires – that’s their role,” he said.

“The systems are in place to provide fire and flood and drought relief via the SFOs and the state governments in collaboration with the Federal Government.

“If they (MLA) want to set a precedent where they become a major disaster relief organisation, those floods in the Kimberley, are they going to truck the cattle out of the Kimberley or not?”

Mr Vallance also queried why MLA did not previously propose such a fund for drought relief.

“There is plenty of work that they could be doing in genetics and improving performance in the beef and sheep herd, they could improve the price of lamb, which is the same as Wilcannia billy goat at the moment.”

Mr Vallance said he had been assured by Minister for Agriculture Bridget McKenzie that the shipping of livestock from bushfire-ravaged Kangaroo Island would get Federal Government assistance and it would be better to feed fire-affected livestock in Victoria rather than transport them to slaughter.

“I don’t see that it is in their remit. If levy payers are going to become a source of disaster relief in this country then the industry is going to have to re-think who runs the industry,” he said.

“They got a full rebuttal from Cattle Council, but you better talk to them about that.”

Mr Vallance said MLA’s key stake holders are its levy payers and the bodies that represent them – the SFOs and the peak councils. 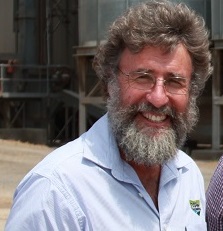 NSW Farmers president James Jackson said the federation was not consulted on the development of the fund or whether it was appropriate to use levy funds.

“The answer to that is no, we weren’t.

“It has a significant event and it has potential to impact supply in the meat industry, but no, we weren’t certainly consulted as to whether levy funds were appropriate,” he said.

“Certainly there should have been a little bit more consultation.”

He said rural development corporations do have a role in research in bushfire and general business resilience, but he favoured MLA having a long-term strategic or a research-type response rather than a “reactive” approach.

“It may be well-intentioned, but it is not within their charter.”

Mr Jackson said the Department of Agriculture is not MLA’s key stakeholder and he found it “interesting” that the department supported a project that seemed not to be R&D-related.

“The Federal Government does co-fund a significant part of their budget, it’s dollar for dollar for all the R&D part of the budget, but certainly the promotion part is from all levy payers.

“The levy payers are the biggest contributor to the budget of the MLA.”

Mr Jackson said the criticism on the lack of consultation on the MLA proposal is valid.

MLA is not a first responder – Livestock SA 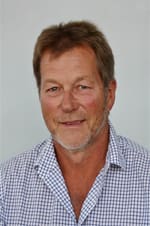 Livestock SA president Joe Keynes said the body was not directly consulted about the proposed fund by MLA.

“Any information came from one peak industry council, Cattle Council.

“Andrew (Michael) told me there were some initiatives but he didn’t tell me what they were,” he said.

Mr Keynes believed Livestock SA would not have supported the fund and gave MLA credit for coming up with “the right result in the end” by deciding to shelve the fund “for the moment”.

“I think it was an immediate response and a bit of knee-jerk reaction and we don’t think levy funds should be spent on emergencies; it should be about rebuilding the flock and getting producers back on their feet.

He said Livestock SA would continue to work with MLA to ensure it and other agencies continued to support producers as they rebuild their flock and infrastructure.

Mr Keynes said MLA’s key stakeholders were everyone who contributes levies, including the peak industry councils.

“They should have consulted widely with the peak industry councils.”

“If they set this precedent, then every disaster will be going: “what about me?

“But there is a real role MLA, Australian Wool Innovation and all our RDCs to help people rebuild.”

MLA fund would have had benefits – Michael 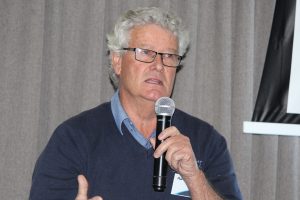 South Australia wool producer, Merino breeder and MLA board member Andrew Michael was involved in developing the Bushfire Emergency Relief Fund initiative, which he believed would have had many benefits in getting livestock out of fire areas.

“The board felt very passionate about helping all levy payers,” he said.

He hoped there would not be too much red tape involved in people accessing the Federal Government assistance. Mr Michael was impressed with the speed at which MLA staff worked to develop the proposed fund’s financial and legal structure.

“It showed me that if there is a major emergency in the industry from a levy payer’s point of view, I feel 100 percent confident that MLA can achieve rapid progress.”

He said the industry representatives he spoke to were fully supportive of the fund concept.

Mr Michael said he spoke to Livestock SA, and bodies such as Kangaroo Island Ag, Rural Solutions and insurance companies “in general terms” about what MLA could do.

“I’ve spoken to Sheep Producers on a broader issue and about this – how far do you go?”

Mr Michael said the levy payers are MLA’s key stakeholders, “but the government also has to be involved.”

Mr Strong was unavailable for interview today, but several questions were emailed to MLA for his response.