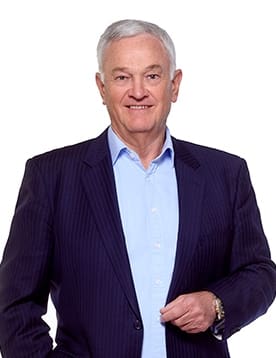 Chairman Alan Beckett noted that COVID-19 had been an unprecedented and unpredictable event for the world in 2020, creating “unfathomable economic and social fallout.”

“The red meat industry, although somewhat more protected than other industries, hasn’t been immune to this, and had to adapt to the situation as it unfolded,” he said.

Food service was one of the hardest-hit industries globally, with restrictions significantly decreasing the number of people dining out. There had also been a shift towards cooking from home more regularly, further impacting food service sales.

Retail sales of red meat, however, had risen sharply, driven by concerns for food safety and a spike in ‘panic buying’. This created challenges with carcase imbalance, as higher value cuts that would typically be purchased through food service were now without a consistent market.

“Although COVID is not yet under control, the Australian red meat industry continues to adapt to deal with its impacts,” he said.

“Since the start of the COVID outbreak, international market demand had been volatile. Adding to this, supply disruption to some of Australia’s major competitors has led to a variable trading environment. However, demand for Australian beef remains strong, with the impact of African Swine Fever still a major influence on the global meat protein trade,” he said.

MLA is primarily funded by transaction levies paid on livestock sales by producers. Levies received are accounted for in two streams – one to support marketing activities and the other to support research and development.

Government contributions to revenue last year were down 3pc to $78.5m, while ‘other’ (including processor contributions, Livecorp and MLA Donor Company) were down 5pc to $76.7m.

The result was offset by Livestock Production Assurance income, which decreased by 57.6pc to $2.5 million. At MLA’s annual general meeting last year, managing director Jason Strong announced that LPA fees would be waved from last November until June 2021 as part of the Accelerated Adoption Initiative.

It anticipates revenue falling significantly over the next few years, during herd rebuilding and low cattle turnoff.

Included in the result was a $4.9m uplift in Australian Meat Processor Corporation managed research and development investment. However, the underlying decrease in investment is primarily attributable to quarter four milestones that were either cancelled or delayed as a result of COVID.

MLA engaged in 582 research contracts during the year, worth a collective $523 million – easily the largest number over the past five years.

The report steps through progress under MLA’s six ‘Strategic Pillars’ (Consumer and community support, Market growth and diversification, Supply chain efficiency and integrity, Productivity and profitability, Leadership and collaborative culture, and Stakeholder engagement). It claims to have reached 76pc of key performance indicators across all six pillars during the year.

As an example, under the Stewardship of environmental Resources pillar, the report highlights the Australian Beef Sustainability Framework’s progress, including:

The annual report notes that number of MLA employees reached a recent high of 282, up 48 or 20pc since 2016.Females accounted for 54pc of full and part-time staff. On the senior management leadership team, three of the eight executives (38pc) are female, while on the MLA board, three of the eight non-executive directors are female (38pc).