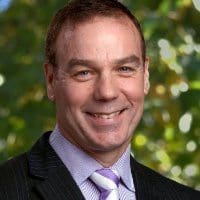 He replaces Don Mackay, who retires after eight years at the helm.

He oversaw the acquisition, integration and development of the Top Cut Foods business into Simplot. Top Cut has operations in Australia, China, South Korea, Japan and Hong Kong.

This followed a distinguished 28-year career with the Coles group culminating in his role as national business manager meat where he was responsible for over $2B in meat sales across 700 stores plus export sales.

“We are delighted that such an experienced senior executive as Keith has agreed to join Rangers Valley,” current Rangers Valley managing director Don Mackay said.

“The Rangers Valley business has developed into one of the great high quality branded beef businesses in Australia. Our products are sold into high quality retail and food service businesses across Australia and in more than 20 countries around the world. We look forward to Keith leading the business into its next phase of development,” Mr Mackay said.

Mr Howe said he was looking forward to taking on the role and working with the team to further develop what was already one of this countries great beef brands.

He will take up his new role in early August following current managing director Don Mackay’s decision to retire from the company and return to Brisbane in September to work in a number of non-executive roles.