AS international health experts prepare to publish a report on potential cancer risks linked to fresh red and processed meat, industry groups are bracing for a damaging blow to consumer confidence. 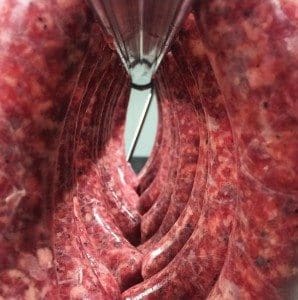 The World Health Organisation’s International Agency for Research on Cancer gathered health experts in France this month to discuss available research on such meat, with a view to classifying them on its scale of cancer risks. The conclusions will be published on Monday.

The review has prompted lobbying efforts from meat industry representatives who fear a headline conclusion about a likely cancer risk could tarnish the image of certain types of meat, just as previous IARC recommendations did with diesel fumes and the common weed killer, glyphosate.

A report on Friday in Britain’s Daily Mail suggesting the IARC would give processed meat the highest carcinogenic risk rating, and fresh red meat the second-highest rating, drew immediate criticism from such groups, in particular the US livestock sector, Reuters reported.

“If this is actually IARC’s decision, it simply cannot be applied to people’s health because it considers just one piece of the health puzzle: theoretical hazards,” said Barry Carpenter, President of the North American Meat Institute.

The IARC said it would not comment on media reports, but would publish the outcome of its review on Monday morning, French time, at the same time as a report to be published in scientific journal The Lancet Oncology.

The American Cancer Society declined to comment on the media reports, but a spokesman told Reuters the group had long recommended that people limit their consumption of red and processed meats.

Shalene McNeill, executive director of human nutrition research at the US National Cattlemen’s Beef Association, said the available scientific evidence does not support a causal relationship between any type of red or processed meat and any type of cancer.

“Cancer is a complex disease that even the best and brightest minds don’t fully understand,” Ms McNeill said. “Billions of dollars have been spent on studies all over the world and no single food has ever been proven to cause or cure cancer.”

Beef producers says meat provides essential protein, vitamins and minerals as part of a balanced diet. Red meat, under this definition. includes beef, pork and lamb, but not poultry.

Total worldwide meat consumption reached 310 million tonnes in 2013. This was up more than a quarter on 2003, supported by emerging market growth, with poultry’s share increasing, data from the United Nations’ Food and Agriculture Organisation show.

Business analysts told Reuters that a cancer link in the scientific review may have a limited impact on industry sales and prices.

“I think people know you’re not supposed to eat as much red meat as you do,” said Liberum food industry analyst Robert Waldschmidt.

But while there was a statistical association between eating processed meat and bowel cancer, “the size of the effect is relatively small, and the mechanism is poorly defined”, said Ian Johnson of Britain’s Institute of Food Research.

Reports point to ‘dramatic and alarmist over-reach’ by IARC

The North American Meat Institute said news reports indicating the IARC panel will classify red and processed meat as cancer “hazards” suggested the agency will defy both common sense and dozens of studies showing no correlation between meat and cancer and other studies showing the many health benefits of balanced diets that include meat.

“Red and processed meat are among 940 substances reviewed by IARC found to pose some level of theoretical ‘hazard.’ Only one substance, a chemical in yoga pants, has been declared by IARC not to cause cancer,” said Barry Carpenter, NAMI President.

“Scientific evidence shows cancer is a complex disease not caused by single foods and that a balanced diet and healthy lifestyle choices are essential to good health,” he said.

“IARC says you can enjoy your yoga class, but don’t breathe air (Class I carcinogen), sit near a sun-filled window (Class I), drink wine or coffee (Class I and Class 2B), eat grilled food (Class 2A), or apply aloe vera (Class 2B). And if you are a hairdresser or do shiftwork (both Class 2A), you should seek a new career.”

IARC’s panel was given the basic task of looking at hazards that meat could pose at some level, under circumstance, but was not asked to consider any off-setting benefits, like the nutrition that meat delivers or the implications of drastically reducing or removing meat from the diet altogether, NAMI said in a statement.

“If this is actually IARC’s decision it simply cannot be applied to people’s health because it considers just one piece of the health puzzle: theoretical hazards. Risks and benefits must be considered together before telling people what to eat, drink, drive, breathe, or where to work,” he said.