Meat definitions inquiry: ‘You can’t call a hang glider a 747’

Northern cattle producers have taken umbrage with the Australian consumer watchdog for failing to take stronger action on what they believe is a straight forward ‘truth in labelling’ issue surrounding the branding of alternative meat products. 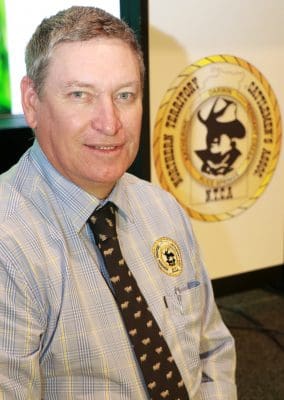 The beef industy should not have had to have waited “for the actions of a brave senator” to pull an inquiry together to answer a question that was in effect “very simple”, Northern Territory Cattlemen’s Association president David Connolly told the first public hearing of the meat definitions inquiry yesterday.

“You should not be able to call a product beef when it simply isn’t,” Mr Connolly (left) said.

“You especially shouldn’t be able to do so when you market your product as being superior and supply no evidence for this claim.

“You especially shouldn’t be able to do so when you are being dishonest in misrepresenting the enormous progress that Australian beef industry has made to improve practice in line with changing community expectations.”

The Oxford Dictionary defined beef as “the flesh of a bovine cow bull or ox,” he noted.

“You simply cannot call a hang-glider a 747 and demand people consider them the same thing,” he said.

“Integrity is vital not just to the beef industry but to the domestic consumer market, we must be honest about what we do and the ways that we do it.”

Mr Connolly said the fact the inquiry was being held was an indictment on the ACCC’s “failure to act in this space”.

In its submission to the inquiry the ACCC said it has not seen any evidence that plant-based protein products labelled with animal related descriptors or images would mislead an ordinary consumer or warrant compliance or enforcement action under Australian Consumer Law.

In contrast to that position, Nationals Senator Susan McDonald who is chairing the inquiry said people had contacted her office complaining “they were confused” and had accidentally purchased plant-based “meat” products believing they were buying real meat.

“They certainly bought the product in confusion because of the descriptors on the packaging,” she said.

NTCA chief executive Will Evans told the inquiry the that the conduct of the ACCC in failing to consider the broader context of legal issues surrounding truth in labelling issues and marketing claims had been disappointing.

“I think everyone in this inquiry will agree these products are designed to be misleading,” he said, adding that a body of research showed that removing animal-based descriptors from plant-based protein labels would hurt the sales of the latter.

Working to address the veracity of marketing claims made to consumers was a space the ACCC was interested in several years ago but the regulator was now focused on other areas, he said.

“There is a reasonable question to be answered, how are they (plant based products) supporting those claims, and what evidence are they using to substantiate them.”

Premium market claims should be investigated

In its written submission the NTCA said ineffectiveness of Government regulators and failure to referee false statements was “helping to feed a growing myth” that the Australian beef industry is a leading cause of damage to Australia’s biomass and ecosystems.

The NTCA also wants Senators to investigate whether claims made by meat alternative manufacturers of higher ethical standards of production compared to livestock amount to a “premium market claim”.

It notes that the ACCC describes ‘premium claims’ as claims made that give the impression that a product, or one of its attributes, has some kind of added benefit when compared to similar products and services. These claims may influence consumers’ purchasing decisions if they give the impression that the products are a better choice than those without the claimed added benefit.

Penalties for breaching these provisions can be severe and have been extensively pursued by the ACCC in the past in regard to food production systems.

“The ACCC feels it appropriate that these companies should be allowed to leverage the reputation of the products they imitate,” the NTCA wrote in its submission.

“It must be determined why the existing law has not been applied and whether there is a case for legislative or regulatory change that binds regulators to enforce laws that, to date, they have avoided applying.”

‘The word beef is the very essence of our brand’

If plant-based protein manufacturers did not see the word beef as being of high value, they would not be putting pictures of livestock on their packaging and would simply be labelling their product as  plant based protein “in very large letters”, Mr Connolly said.

“The values that people usually attribute to beef is that it’s a clean, lean protein source because of the hard work that’s been done by industry associations,” he said.

“The word beef itself almost becomes our total value because that’s the very essence of our brand.”