WHO is ultimately going to pay for carbon and methane abatement work in the Australian red meat industry?

The topic came up during an Australian Agribusiness Association gathering held in Brisbane yesterday. 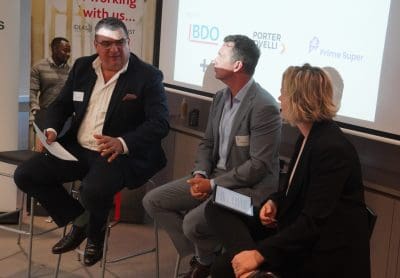 Market access for Australian beef, rather than price premiums, is likely to become a key driver in future progress in carbon and methane abatement, stakeholders attending the gathering were told.

“There’s an interesting discussion about consumer preference in all of this,” Mr Spicer said.

“Is this carbon neutrality journey the red meat industry is undertaking about competitive advantage and therefor getting some sort of premium for a carbon-neutral or methane reduced product, or is it just about being able to access certain markets?” he asked.

“It would be interesting to see research done by MLA and others, but my gut feel is that it is going to be more about access to certain markets both here and overseas, and perhaps being able to stock your product in Woolworths or Coles stores, or others.”

“So therefore, it is the consumer who ultimately pays, when purchasing a steak with a carbon or methane claim. But equally, I know I come from a relatively privileged position, in that I can walk into a supermarket and buy the steak I like, when I like.

“From the perspective as a consumer of red meat, I don’t think I can expect that the cost of getting to carbon neutral in beef is going to be borne by the farmer. But then, not all consumers have the luxury of being able to pay the extra price per kilogram that may be attached with carbon-neutral beef,” Mr Spicer said.

“If we are exporting chilled Wagyu beef to a customer in the Middle East or North Asia, they may have an ability, or the capacity to pay an increased cost to account for the carbon footprint. But if it sending live beef into Indonesia, and they are lucky to eat a couple of kilograms of beef a year, it is about protein and sustenance – and that cost impost on a kilogram of beef is going to be very material.”

So the demand elasticity in somewhere like Indonesia was going to be much greater than it may be in Australia or Japan, he said.

“Do they then move from beef to chicken, or something else? The impact is going to vary across markets, but ultimately it is going to be borne by the consumer, otherwise we don’t have farmers who are viable.”

MLA managing director Jason Strong said the matter of who pays would depend on several factors.

“If it was something that is going to be imposed on us by a government, then we would argue there should be a discussion about compensation. But beef is very quickly going to be out of the band for what is proposed by government – while the national target is 43pc we have reduced emissions since the 2005 baseline by 51pc, so we are home and hosed. But do we get paid for it?

“But in the meantime, if we get there through productivity increases, are we going to share the benefit of that productivity improvement with anybody else? I’d say no,” Mr Strong said.

“In the meantime, while there aren’t things being imposed on us that might increase our cost base without an associated benefit, then let’s drive the productivity first,” he said.

“If we can solve this carbon/methane issue at the same time as we are increasing productivity, then the relevance of an ACCU becomes a lot less, because we are getting that productivity benefit.”

“Soil carbon sequestration is a good example. Increasing soil carbon increases water-holding capacity, and the utilisation of available rainfall. Effectively, you have more productivity than what you otherwise may have had. The quantums of that can be hundreds of millimetres (of rain) and the benefit of that is going to far outweigh any ACCU catchup, from the cost associated with it.”

“Beyond the carbon scorecard, the benefits to the producer are going to be increased productivity, increased groundcover, reduced erosion and greater biodiversity.

“It’s that balance of how we move forward, and the red meat industry is incredibly well positioned through what we have already done, and what else is coming down the pipeline (methane mitigation tools etc) to stay in front of any of those targets that may be set,” Mr Strong said.

Asked whether carbon neutral and reduced methane would eventually become part of the ‘price of entry’ for the beef industry, AAA committee member Anna Speer said what the industry was not yet doing well was telling the story about red meat’s progress in this space.

“People (producers and supply chains) are already doing a marvellous job, but we haven’t yet captured the baseline data to be able to demonstrate it – whether it be planting of desmanthes, shedding in feedlots, methane-reducing feed additives, or holistic or rotational grazing systems.

“In my mind, the expectation is already there – the consumer expects the farmer to be doing the right thing from a land and animal management perspective – but we have to get better at telling that story,” she said.

From a data perspective, 36pc of retail customers said they would pay for more sustainable products. But while it was easy to ‘tick that box’ on a survey, when it came to the actual shopping habit, walking down the aisle, it did not always translate into those decisions, Ms Speer said.

“But there are definitely supply chains already getting premiums for carbon-neutral products. The brand experience that has been unfolding for the last 20 years will play a role, but we should all definitely be looking at how we reduce carbon in our supply chains, for all our products.”

Mr Spicer told the gathering that based purely on ‘barbecue chats,’ as a society consumers wanted to ‘do the right thing.’

“But there is a knowledge or understanding gap from the person who preferentially says they want carbon-neutral beef, to understanding what it means and how to actually get there.

“That gap needs to be filled – by news media, peak industry bodies and so-on. But I believe carbon neutral will become a market access question – and it is likely to come with a rush,” Mr Spicer said.

“The idea of renewable electricity was a novel one only eight or ten years ago. But since the squeeze on electricity prices back in 2017 there was a rush to put solar panels on the roof. Now the percentage of Queensland households that have panels on their roof is enormous. The same trend is happening with electric vehicles. So things can change rapidly, and I suspect this market access question for red meat over carbon footprint will be the same, happening in a pretty rapid way.”

MLA’s Jason Strong said it would be interesting to see how it (consumer pull-through) played-out over carbon, methane and environmental claims.

“Climate change was the most important issue in the recent federal election. In the domestic Australian market, the enterprise decision (whether to shop at Coles or Woolworths) will possibly be more important,” Mr Strong said.

“At the moment, consumers make a lot of decisions before they walk through the sliding doors.

“Once they have walked through those doors, they have made an over-arching decision about the products in that store. Sometimes it’s all the products, and sometimes they might buy the grocery at Woolies and pick up the beef from an independent butcher out the front.

“But I think this (carbon/methane/environmental) will be one of those things that aligns with the confidence in the retailer’s shop they are entering. The individual red meat brand value is absolutely going to be there, but the over-arching trust in a supermarket retailer’s position and policy will be there as well.”

“Therein lies an opportunity for the red meat sector to work with retailers, telling a story about Australian red meat’s environmental credentials. And that, then extrapolates into international markets, as well, when talking with customers overseas.”

“For any other beef countries to comply, they are going to have a tougher time than us, but the first thing it understand is what’s being asked of us,” Mr Strong said.

Tomorrow: CN30 – “It’s amazing how many red meat stakeholders now ‘own’ that decision’