LSD and FMD in Indonesia for the long-term, Troy Setter CONSOLIDATED Pastoral Company CEO Troy Setter has given an in-depth look at the extreme measures the company has undertaken to manage the threat of major disease outbreaks in its Indonesian feedlots.

CPC has been on the front line of the Foot and Mouth and Lumpy Skin disease outbreaks in Indonesia – as the company has a stake in the supply chain between the two questions.

Colour-coded clothing, foot baths, WatsApp videos, zoning, insect fogging and limited traffic movements are all part of the operation, as the company aims to make its “feedlot a fortress”.

Speaking at the BeefEx conference in Brisbane last week, Mr Setter said communicating the issue has been key to CPC’s success in keeping the disease at bay.

“We need to remember that FMD and LSD are out of control in Indonesia and it is very much a control and vaccinate strategy,” he said.

“None of the feedlots run with a lot of spare staff, the maintenance team has gone from maintaining the feedlot to building infrastructure – washers, cleaning equipment. Feedlot performance has suffered as the team the team is running around between different areas and trying to comply with the controls.”

Mr Setter said the company has had to have a sustained focus on the mental health of staff, with the extra workload.

“There is nothing like COVID and exotic disease to burn the team out. Once your team show signs of mental health issues it is too late,” he said.

“We are trying to get some more depth in supervisors, so our managers don’t burn out – we are also needed to be more programmed on some of these measures. It is really expensive and feedlot performance really suffers.”

LSD likely to be endemic

While FMD has been taking most of the headlines in recent months, Mr Setter and other members of the panel said LSD was likely to be there forever. Global AgriTrends CEO Brett Stuart said more needed to be known about LSD.

“I think in the next couple of months we are going to hear the word ‘endemic’ out of Indonesia – LSD is going to be declared endemic,” he said.

“There needs to be a pivot in how Australia and the world think about this disease from eradication to control. With LSD there needs to be a lot more research so you can convince your trading partners that what you are doing is backed by science.” 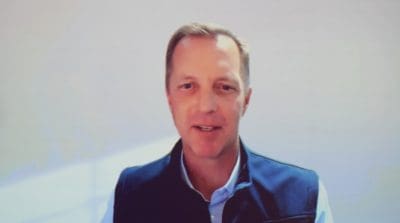 Mr Setter made similar comments and said the company was likely to be dealing with LSD forever.

“You look at where lumpy skin has come from, in Africa, through the Middle East, through Europe and throughout Asia it does not go away,” he said.

“Even when countries vaccinate they struggle to keep it out.”

Mr Setter said with LSD mainly being transmitted through insects, keeping it out of the feedlot was a tough task.

“Vector control in the feedlot is really import, the cattle have fly tags, they have a back line to minimise attacks and we fog the feedlot and surrounding communities for vectors,” he said.

“One of the challenges is all of the trees and places for insects to hide surrounding the feedlot. You think you are doing a great job, then it rains and you have a puddle on the ground full of mosquitoes. The speed that it is coming at us keeps reminding the team how important it is.”

While he said LSD was likely to stay in Indonesia, Mr Setter said he was not sure how long they were going to be dealing with FMD.

“I think it is going to be there for a long time, so keeping to team motivated and energised is important,” he said.

“Vaccination is rolled out, there is a bit over 4 million animals that have been vaccinated and they are looking at vaccinating some of the smaller animals,” he said.

“But if you look at a map of Indonesia, there is not much of the country that doesn’t have some level of infection.

“Even though all the animals are vaccinated for both diseases, we have to keep it up. We vaccinate straight off the truck – but there is up to 30 days of risk time, 0 to 15 is the highest risk,” he said.

“In that time we really need to focus on keeping the vectors out and keep FMD out.”