AUSTRALIA’S livestock sector has come out in support of the Federal Government’s biosecurity investments in its first major budget, while keen to see more work on a sustainable funding model.

This would include $61.6 million for fast-tracking frontline biosecurity actions here and in neighbouring countries; $14 million to support Indonesia, Timor Leste and Papua New Guinea prevent and respond to Foot and Mouth Disease and Lumpy Skin Disease outbreaks; $11.7 million for 20 more detector dogs and handlers, and; $46.7 million for traceability initiatives.

“We will have more to say on this commitment in the future, after we properly consult with industry and other stakeholders,” he said at a National Press Club Budget Breakfast.

“The previous government botched their introduction of a biosecurity levy because they were more interested in the announcement than talking to those affected.

“We will not make the same mistakes,” Mr Watt said.

“We understand this is a complex matter that requires careful consideration and time to engage in meaningful conversations with stakeholders.

“And we will begin that conversation formally next week.”

“It will certainly go a long way to instilling confidence in all stakeholders that the Commonwealth is serious about ensuring we are prepared to respond to significant biosecurity incursions, and maintain market access on a day-to-day basis through a world-leading traceability system.”

Mr Henderson welcomed the announcement of a consultation process to work toward a sustainable biosecurity funding model.

“Sustainable biosecurity funding is critical, but as part of that process it will be vital to clearly identify where that funding will be applied in areas of most need across the biosecurity continuum, so that any new dollar brought into the system can be justified and spent as effectively as possible.”

Hope for more measures in May 2023 budget – AgForce 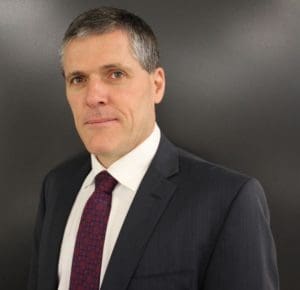 AgForce chief executive officer Michael Guerin applauded the $134.1 million biosecurity boost, but said the government had failed to deliver on its clear election promise to do more to establish a sustainable and secure funding stream for Australia’s biosecurity system.

“This significant investment in biosecurity is the result of a strong, detailed and multifaceted collaboration between AgForce, industry, and the government.

“It’s a small price to pay, given the $80 billion impact (over 10 years) an outbreak of FMD alone could have on our national industry, and we applaud the commitment,” he said.

“However, there are a host of diseases and pests lurking in the shadows, poised to attack our crops, pastures and livestock at any moment, and it’s frustrating that the government is yet to deliver on its election promise to deliver long-term sustainable funding arrangement to keep this country safe.

“The time has come for Labor to put its money where its mouth is and make the long-term commitment to biosecurity that it promised voters.

“We do, however, understand that this is a transitional budget from a new government, and hope for further measures in the next, more traditional, May budget.” 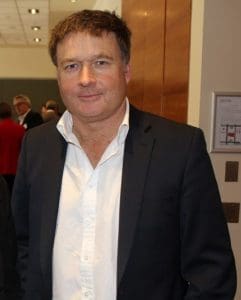 WoolProducers president Ed Storey said the body looked forward to seeing what the states deliver as part of their co-investment obligations to the Australian Agriculture Ministers support for a mandatory sheep and goat EID system roll-out.

“Biosecurity is a shared responsibility and farmers are willing and able to play our part, we expect to see significant investment from all parties on this issue and this announcement is a good start,” he said.

WoolProducers said the $46.7 million livestock traceability commitment would comprise $20.1 million for Special Purpose Payments for co-investment with states and territories to support industry traceability improvements, including to support transition to a nationally harmonised individual electronic identification system for sheep and goats. The remaining $26.6 million will be spent on upgrading the livestock traceability database as part of broader traceability reform.

“WoolProducers is really pleased to see the focus on broader traceability reform by the government, which is an integral part of our traceability policy and also aligns with the SAFEMEAT recommendations, of which WoolProducers also supports,” Mr Storey said.

“This level of financial commitment from the Commonwealth facilitates enhanced protection to Australia’s livestock industries and our ability to respond to serious emergency animal disease (EAD) incursion, while also supporting our favourable market access and delivering supply chain transparency.”

WoolProducers said it has been seeking a sustainable funding mechanism for the enhancement and maintenance of Australia’s biosecurity system.

“At a time when the threat of an EAD is at the forefront of industry and government focus, we strongly believe that the long-called for sustainable funding mechanism needs to be implemented as soon as possible to move away from the ad-hoc spend in this area,” Mr Storey said.

“WoolProducers looks forward to providing input into this process.” 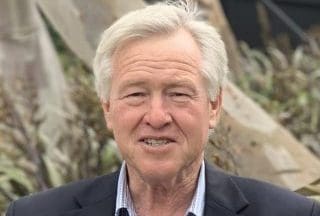 NSW Farmers president Xavier Martin said he was disappointed to see a lack of sustainable biosecurity funding in the budget.

“Despite the announcements of biosecurity funding in the Budget, we still don’t have long-term certainty for this critical national defense.

“An FMD outbreak alone could cost the country $80 billion, and it would be devastating to the agricultural sector and the broader economy, but all we’ve really got are some recycled announcements and a few more detector dogs,” he said.

“We have warned the government this is like the Ruby Princess sitting off the coast, and they’re still not prepared to commit to spending.”

The peak body said the Treasury papers reveal the cost of living is set to increase with gas and power prices to skyrocket over the next two years, and long-term water spending has been slashed while the trapdoor has been set for water buybacks.

“It may seem strange to talk about drought while much of the state is in flood, but farmers know Australia goes through a cycle of wet and dry – this is precisely the time we need to be planning ahead for drought.

“Critical drought-proofing efforts such as Dungowan and Wyangala dams have been ‘deferred’, and the likelihood of more water buybacks means there will be less water for agriculture once the rain stops,” Mr Martin said.

“Rural communities are already looking at major economic losses as a result of this widespread flooding, the last thing they need is even less certainty into the future.”

Mr Martin said the budget’s investments into research and development to help lower emissions from agriculture was a positive move, as were efforts to improve education and training amid a major worker shortage.

“The future of agriculture will need a mix of skills and technology as we experience extreme weather events, the challenge will be in ensuring we don’t accelerate the ‘brain drain’ from the regions to the cities.

“Improving regional connectivity and health services will be really important, and we would love to see better funding for the ABC in rural and regional areas as other media outlets consolidate due to cost pressures,” Mr Martin said.

“Australians need to be able to make a good life in the cities and in the bush, and it is clear we will need to continue to advocate for farmers and rural communities to the government.”

Click here for details on the budget’s infrastructure commitments.