Leaders reflect on 43 years of Cattle Council of Australia achievements WITH the final AGM of Cattle Council of Australia held this morning, Beef Central has asked some of the council’s former presidents and executive leaders to reflect on the council’s history and achievements over its 43 years of operation.

Cattle Council of Australia was the first stand-alone national cattle board, and its membership in its early days even included the fledgling lot feeding industry, before its own peak body, the Australian Lot Feeders Association, was later formed. Central Queensland cattle producer John Mactaggart AM served as president of Cattle Council of Australia from 1992 to 1995, added that CCA was also an integral part of the NFF, which allowed agriculture to speak with one voice.

During his time on CCA, which included serving as a councillor for 10 years before he became president, Mr Mactaggart said both tariff and non-tariff restrictions to export markets were key focuses of activity.

“Perhaps the removal of the USA quota restriction in 1994 after many years was one of the most important (achievements),” he said.

“After all, that legislation was a very important factor in the 1974/75 market crash.”

Working closely with the Federal Government also led to reduced restrictions to numerous countries and the opening up of many more destinations for Australian beef, he said.

He pointed to two further “integrated successes” in the area of animal health: “The dogged persistence in eradicating brucellosis and tuberculosis through the difficulties of the BTEC scheme and the introduction of animal traceability are both standing us in very good stead today.”

When asked to name what he saw as some of Cattle Council of Australia’s major achievements, Victorian cattle producer John Wyld didn’t need long to reel through a  comprehensive list “off the top of my head”, which included:

A big focus of the organisation at the time Peter Milne came to the presidency of Cattle Council of Australia in 1998 was helping the newly created Meat and Livestock Australia (MLA) hit the ground running, with marketing, and research and development programs reflecting the expectations of the grass-fed cattle industry along with work MLA did for other livestock sectors. 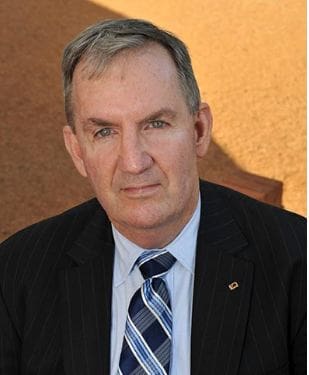 Safemeat (food safety and hygiene) and the Red Meat Advisory Council (overarching industry policy) also commenced operations in June of that year ,and CCA was an active member of both organisations.

Animal Health Australia (of which Mr Milne would later chair from 2011 to 2019) was established earlier, in 1996, and CCA was also a key player in helping it develop into an effective industry/government partnership, Mr Milne said, with its critical focus on emergency animal disease response preparedness.

“There have been a myriad of other special bodies CCA has been a part of to achieve its objectives,” Mr Milne said.

“Being influential in such groups is key to shaping the agenda and CCA from its inception was often out front and leading on issues of the day.

CCA was from 1979 the cattle industry body which developed national industry policy and represented the industry to government and internationally.

Delegates from all over Australia assembled a couple of times a year to debate the big policy issues of the time and agree an annual operating plan.

“Even in my time, the executive often met by teleconference though I expect current technology would make that so much more effective.

“Delegates didn’t always all agree on issues initially, but it was amazing how often the group was able to arrive at consensus on issues after careful debate – and progress would be made for the entire industry.

“I completed my CCA term in November 2001 and have been an interested observer of CCA in the many years since, admiring their many successes on the national and international scene and more recently sympathising with the challenges they have faced along with the wider industry in creating Cattle Australia.

“I wish Cattle Australia every success in its new role.”

‘You’re either at the table, or you’re on the menu!’ Effective lobbing of government was basically ‘”the sum of all our parts”  of the red meat sector, former Cattle Council of Australia executive director (1989-1995) David Palmer noted in written comments to Beef Central:

“The role and function of the Cattle Council of Australia has often been overshadowed by the activities of the Research and Development Corporation(RDC) [AMLC and since 1998, MLA]; but no less important.

The beef producers of Australia critically require the distinct input from a dedicated lobby group; such as was CCA. Equally meat processors, meat retailers and other protein groups and supply chain operatives need their dedicated interest group.

To do otherwise is sector suicide! Akin to “you are either at the table, or you’re on the menu!”.

In the case of CCA it was through the 80’s and 90’s (during my time in the Secretariat) that the industry was hit by a series of damaging crisis like organophosphate contamination, new age compounds like Helix and the contentious (then) issue of foreign investment. Gaining optimal market access remains of critical importance since the advent of refrigeration.

CCA was always the entity the government came to seeking industry’s ambition on forging improved access.  The liberalisation of the Japanese market from 1988-1992 and the reopening of the Korean beef market in 1988 (a condition of hosting the Olympic games) were both magnificent achievements for the industry and CCA.  The AMLC provided invaluable logistic and intellectual support.

Effective lobby of government was basically ‘the sum of all our parts’.

Similarly the residue crisis, requiring both government and levy funds to resolve, utilised the agreement of industry to undertake remedies, always requiring significant resources (funds) and it was CCA’s responsibility to commit.

CCA’s greatest times were directly correlated to the strength of the leadership at the time.  I was blessed by a couple of excellent chairs who had the respect of AMLC and the industry at large.  Without strong and respected leadership the organisation would struggle – then and now, I suspect.

One final initiative I feel compelled to comment on was the introduction of the Transaction Levy, designed to replace the rather opaque slaughter levy.

Introduced in 1992, it followed furious debate in the north and tepid indifference in the south.

We persuaded Minister Collins to just get it done, “as this will get their attention”. Two weeks later there was a protest gathering of 600 at Wodonga demanding answers. CCA President Ed Wright and future President John Wyld attended, never ones to avoid a scrap, negotiated a solution and the levy remains to this day – raising something like $70 million a year (2010 figures).  Tremendous leadership.

The beef lobby demands a single cohesive voice;  CCA provided just that, but overshadowed by the RDC.  I can safely say this as I’ve been in both places.

I sincerely hope the new body succeeds – it will be curtains if it doesn’t!

It must earn the respect of industry; be serviced by strong and decisive leadership; and, create a competent communications delivery system.  An uncompromising relationship with the RDC (MLA) that centres on a premise of mutual respect is something industry will expect.”

The most notable achievement of the CCA has been its determination and commitment, former CEO David Inall wrote in the following comments to Beef Central:

“Formed in the same year as NFF, Cattle Council (CCA) has remained a strong advocate for Australia’s grassfed cattle producers. The most notable, over-arching achievement is the determination and commitment of CCA since its inception in 1979. With the backdrop of ever-declining membership of state and national farmer advocacy organisations, and constantly living in the shadow of MLA, CCA has remained as strong as the circumstances have allowed. It’s a mathematical fact that less than five percent of farmers in any industry are actively involved and engaged in advocacy. In many industries this would be less than one percent.

Much has been said since May 2011 when ABC’s Four Corners program ‘A Bloody Business’ on the live cattle export trade to Indonesia aired. The fallout is well-known and does not require recapping. However, what is not well understood is the immediate and strategic response that followed, both in Canberra and Jakarta. A small group of industry representatives, including CCA, played a pivotal role in re-opening this trade in relatively quick time given the significance of the fallout. As is already well-understood, the media attention was unprecedented and CCA was one the lead industry spokespeople in what was a relentless and at times hostile mainstream media frenzy. The Australia Korea FTA was a significant outcome for the Australian beef industry. The beef market in South Korea was growing rapidly, and the US had already secured a deal to reduce their 40% beef tariff (Australia was also at 40%) to zero with a linear reduction over 15 years. Every month that Australia was unable to strike a deal would mean that we would be trailing the US and therefore at a comparative (price) disadvantage. CCA played an important role in negotiations including direct and sensitive engagement with the Hanwoo Cattle Producers, Korea’s highly influential cattle voice. Following the unbelievable protests that took place in Seoul as Koreans expressed outrage at KORUS (Korea/US FTA), this was always going to be difficult. In this context, CCA played a delicate and vital leadership role as the Australian Government successfully secured a deal mirroring that of the US.

The development of the grassfed cypher was an important outcome for the grassfed sector and has evolved to become ever-present in the Australian beef industry’s landscape. This did not happen automatically and required a great deal of tenacity by those involved. With unwavering commitment from a small group of grassfed producers, led by AgForce, CCA was able to convert this energy into the systems and assurances that underpin grassfed brands to this very day.”