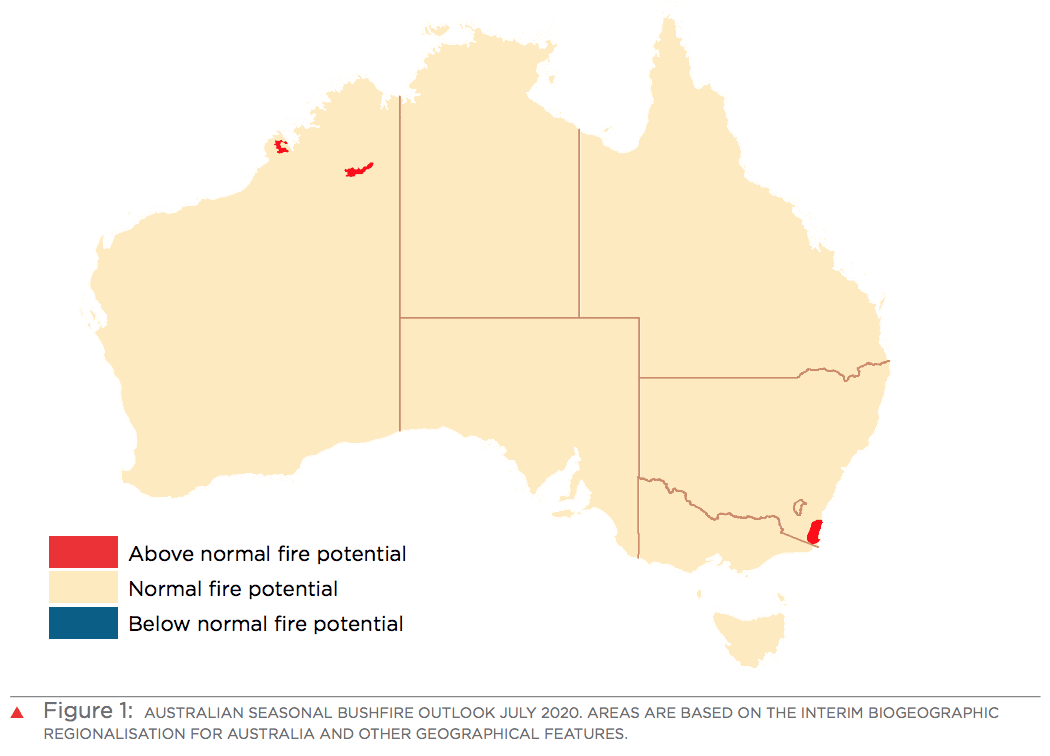 THE latest Australian Seasonal Bushfire Outlook has been released for the July to September period, indicating ‘normal fire potential’ is expected for most of the country.

The Bushfire Outlook is produced quarterly to assist fire and land management agencies in making strategic decisions, such as resource planning and prescribed fire management to reduce the negative impacts of bushfires.

The latest outlook is particularly relevant for parts of northern Australia which is now in the dry season and officially their fire season.

The Bushfire Outlook considers the impacts of recent fire seasons and the weather conditions expected in coming months.

Key messages for specific regions from the latest outlook include:

It also points out that it is unclear at this stage what the fire risk across Australia will be later in the year.

This will depend on rainfall and whether predictions of La Niña conditions eventuate, which could bring above-average rainfall across much of Australia.