SENIOR Labor Party parliamentarians sat down with red meat supply chain industry heavyweights during Brisbane’s Ekka last week, in the first stage of Labor’s plan to map-out a strategic direction to support the red meat industry, in the face of mounting global competition. 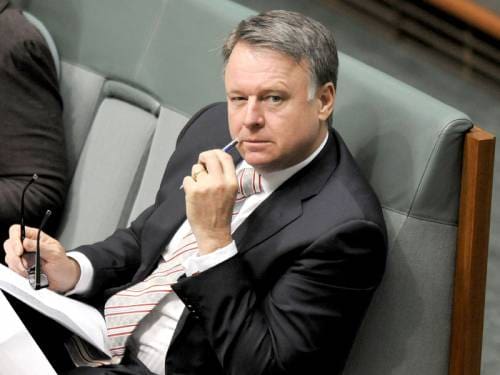 Labor’s ‘Roundtable’ meeting attracted a large audience including many of the nation’s biggest beef and sheepmeat processors, lotfeeders, live exporters, producer representation, peak councils, retailers, and even union personnel, in what was designed as an open and frank two-way exchange of information and ideas.

One of the key features discussed was a multi-departmental approach to managing sectoral issues, where agriculture, trade, industry, innovation and science, and regional affairs would work collaboratively, rather than in isolation, to improve the operating environment for all industry stakeholders, in areas like regulatory burdens, logistics, market access and labour issues.

With a federal election likely some time towards the end of next year, Labor is starting to build policy platforms in regional Australia, and the red meat supply chain is one area coming into focus.

“We know the beef sector has enormous opportunities ahead of it, but we also know the challenges are very significant,” shadow agriculture minister Joel Fitzgibbon told Beef Central after Friday’s meeting.

“One of the points that most of the audience in the room agreed with was that we need a whole-of-government approach, and we need to focus on every part of the supply chain,” he said.

“From my viewpoint, Barnaby treats everybody outside the farm gate as the enemy, but the reality is we can’t have one sector doing well, at the expense of others – as so often happens in the beef industry. We really do need to find ways for stakeholders to work together to deliver a healthy supply chain, where everybody shares.”

Mr Fitzgibbon said the model he introduced to the Ekka roundtable gathering was the template he would like to use in government, should Labor win the next federal election.

“That’s about getting all the key stakeholders – industry and government – around the table together, to tackle the challenges and make the most of the opportunities.”

“It’s not uncommon to get one industry group in one day saying one thing, and another interest group in the next day saying something else.”

Having been a minister in Labor governments twice before (including a short term in agriculture) Mr Fitzgibbon said it was “not uncommon to get one industry group in one day saying one thing, and another interest group in the next day saying something else.”

“We like the idea of getting stakeholders and various government portfolios together, in the hope of forming a consensus,” he said.

Another point acknowledged at Friday’s meeting was the inter-dependency of each red meat sector, he said.

Asked about his view of current peak council structures within the red meat supply chain, Mr Fitzgibbon said he found current leadership within the sector “a little disparate and confused.”

“We need to tidy that up. In the production sector, particularly, we need an industry speaking with one voice. That’s been acknowledged, and the sector is working towards a new leadership model, which I welcome.”

“When we get there, we know who we are talking to truly represents the industry, when we have producers around the table.”

Mr Fitzgibbon said one of the common themes discussed on Friday was the high cost of processing in Australia, on a global scale.

“We acknowledge that, and have to constantly work towards addressing this, through simplifying regulatory regimes, addressing energy costs, transport efficiency, and workplace reforms.

“But what we have to accept – and nobody at the roundtable challenged this – is that as one of the wealthiest nations in the world, with a high standard of living, Australia is not going to join a race to the bottom on wages.

“Processors regularly face labour access issues, but the employees will come when the wages and conditions are good – and they can only be good, or better, when we improve the profitability and efficiency of the meat processing industry.”

“It’s a virtual circle – profitability and productivity up, and the employees receive their dividend as well. That’s why it has to be a team approach across the whole of supply chain, and whole of government.”

“When I go to the next Labor cabinet with a plan for the red meat supply chain, I want my colleagues (other portfolios) to be intimately familiar with it, understand it, and support the principles,” he said.

“First and foremost, we will provide some strategic guidance – making it clear where a Labor government thinks the priorities are. That’s primarily about lifting productivity, and therefore, sustainable profitability right across the red meat sector.

“That will in part be driven by a focus on premium markets for Australia’s red meat. We need to make sure that our limited natural resources are being allocated to the areas where they produce the greatest return for producers, processors and retailers, but also for the nation.”

“Just producing more volume, for volume’s sake, into commodity markets where we are price takers, is not part of the solution for Australian agriculture’s future.”

Mr Fitzgibbon said more red meat industry ‘roundtables’ were planned, but the following rounds would focus more on individual issues, whether it be the cost of meat inspection and quarantine, or workforce issues.

“Those discussions will help us form the basis of Labor’s policy approach, in the lead-up to the next Federal election,” he said.