Ben Mills (on the right of picture with green shirt) with his winning Mandora team mates at the 2017 Pilbara Livestock Handling Cup event. Picture: Emma Moss.

After having been previously held at Yarrie Station the 2018 Livestock Handling Cup is being held this weekend at Sandfire Roadhouse, located approcimately halfway between Broome and Port Hedland. Also underway is the KPCA’s Leading Practice in Animal Health, Welfare and Land Management Workshop.

The inaugural workshop is covering animal health and welfare issues including biosecurity, nutrition and the latest in pain relief trials and managing cattle diseases. Presenters will also discuss the interactions and benefits of new approaches in welfare and land management from a business and landscape perspective, as well as soil conservation and erosion control techniques. 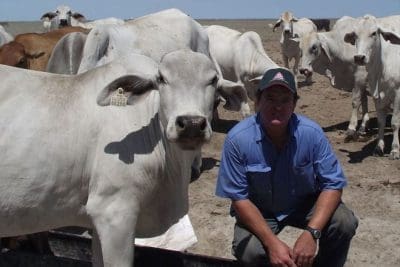 KPCA chairman David Stoate said the events are a great way to bring the industry together and share information on the latest advances in  animal health, welfare and land management practices that are relevant to the northern pastoral industry in WA.

The Livestock Handling Cup was the original idea of Annabelle Coppin, KPCA Executive Committee Member and Owner/Manager of Yarrie Station in the East Pilbara.

Annabelle wanted to create an event that celebrates and builds pride in station teams by demonstrating the art and skill involved in low stress stock handling and stockmanship. 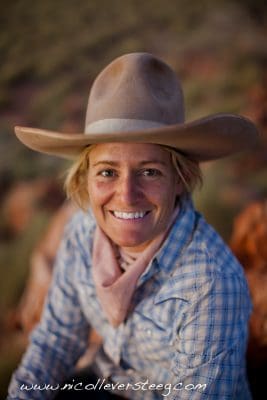 “There is no other event I am aware of that simply focuses on the ability and the many skills required in low stress stock handling and stockmanship which is the engine room of every successful and sustainable cattle operation,” she said.

The KPCA Livestock Handling Cup aims to promote the highest level of animal welfare standards and professionalism within the northern pastoral industry.

The event is considered to be unique and unparalleled in an international context and features a series of challenges for teams to demonstrate their cattle handling skills within a set of yards aimed to replicate normal cattle operations.

Teams are made up of three people and challenges include de-stressing and settling the cattle, moving and drafting the cattle including through an obstacle course in addition to a verbal question and answer section.

This year the event is being hosted by the winning team from the 2017, Mandora Station.

Ben Mills, Manager at Mandora and member of the 2017 winning team, said the event is a great way to showcase the industry and the positive work it is doing in the animal welfare space.

“We strongly believe in utilising low stress stockmanship techniques in everything we do on the station,” he said.

“We have seen the effects of these techniques on our herd, the cattle become much calmer, easier and safer to handle, they load better onto the trucks and loose less weigh during transport. It’s consistently proven to be worth the time and effort from both an animal welfare and economic view point”.

The practical, hands on field days will cover topics such as erosion issues caused by fence lines, tracks, gullies and practical skills to address these issues using machinery.

More information about Col Stanton can be found at this You Tube video “Water your landscape, not your roads”: https://www.youtube.com/watch?v=WWd_cQ510aU