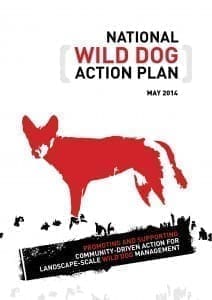 For many years the catchcry of those at the heart of the fight to control wild dogs has been the need for a coordinated, united approach.

The plan will guide the implementation of a nationally-agreed framework for a strategic and risk-based approach to wild dog management; emphasising humane, safe and effective management techniques and appropriate scales for mitigating the impacts of wild dogs. It also identifies the responsibilities and actions of each stakeholder.

The plan is an industry-driven initiative that has taken 12 months to develop and a further three months to gain the support of  all of Australia’s agriculture ministers, according to Jim McKenzie, the chair of the development committee behind the plan.

Mr McKenzie said the wild dog problem was shared across much of mainland Australia and the plan offered a structure and actions to deliver a shared solution.

“The plan is about building on the good work already being done and identifying ways of ‘doing things smarter’,” Mr McKenzie said.

WoolProducers Australia President, Geoff Fisken said the plan aimed to make sure the hard work already being put in by producers on the ground did not go to waste by encouraging everyone to “get on the same page”.

Mr Fisken said the development of the plan has been fully supported by the Invasive Animals Cooperative Research Centre and many of the plan’s objectives consolidate the coordinated efforts of the centre’s wild dog related projects.

“The plan’s consultative arrangements are a vital part of the plan if success is to be achieved. These arrangements will ensure that landholders especially get the maximum benefit from this nationally coordinated approach.”

Mr Joyce said the approach taken by WoolProducers Australia in developing an industry-driven plan for wild dog management provided a model for the management of other established agricultural pest animals and weeds.

In conjunction with the launch, Mr Joyce announced a $280,000 start up investment towards wild dog management under the plan, to be managed by the Invasive Animal Cooperative Research Centre (CRC), as part of the government’s continued support of the National Landcare Program.

“But I know that this isn’t just about money; that psychological distress to farmers and pet owners resulting from wild dog attacks on their animals is high. Coming across your sheep which have been torn apart by a predator is horrific.”

“The plan identifies what needs to be done, and we now have an injection of funds to initiate a nationally coordinated approach to wild dog management.

“Wild dogs don’t care for our bureaucratic boundaries and this plan provides a national approach to deal with these invasive animals across jurisdictions, with opportunities to coordinate control efforts and implement nationally consistent control practices.”

The plan will be managed through an Implementation Steering Committee drawn from the key stakeholders. The plan has been developed collaboratively by the wool, sheepmeat, cattle and goat industries and by state and territory governments.

For a copy of the National Wild Dog Action Plan, click here