THE Australian Livestock & Property Agents Association has appointed career agent Peter Baldwin as the organisation’s new chief executive officer, following the retirement of Andy Madigan, who has headed the organisation for the past 15 years. 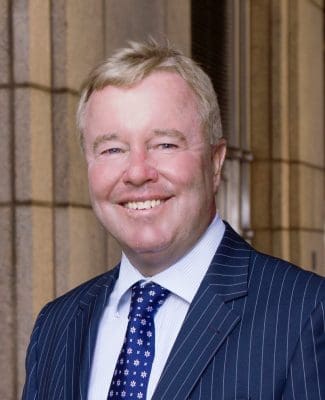 “The Board decided that Peter was the best fit for what they were looking for to take ALPA into the future,” he said.

Mr Baldwin is an experienced chief executive with long-term career operating across states as an auctioneer. While his career has primarily been as a property auctioneer, he has a strong foundation in the stock & station agency profession.

“He already has a fantastic rapport with many ALPA members across the country and also the real estate industry,” Mr Johnston said.

ALPA is the peak industry body representing more than 1200 livestock and property agency businesses across Australia. It is one of the largest organisations of small rural business men and women, relied on to protect the interests of agents and producers nationally.

Mr Baldwin grew up at Inverell in northern NSW, beginning his career with his father’s stock and station agency, Brian Baldwin & Co. He became the youngest auctioneer known to sell prime cattle, sheep and lambs in the Inverell saleyards.

In addition to managing the day-to-day operations of the business, he has leading the strategic development of the organisation, and interacted with Richardson & Wrench network owners, where he has been for the past 30 years and currently sits as a director.

Mr Baldwin holds a Bachelor of Business in Land Economy from Hawkesbury Agricultural College, supported by relevant experience in managing a commercial, financial and business-related disciplines.

“He is market-focused and industry aligned, with proven skills in developing and nurturing trust-based professional relationships,” Mr Johnston said.

Mr Johnston also extended the ALPA board’s thanks to its retiring CEO, Andy Madigan, who for 15 years has led the organisation.

“Andy has seen vast change across the agency industry over that time and helped to navigate us through an evolving agriculture space that is increasingly reliant on technology and influenced by the perceptions of the broader community,” he said. “Through his work in putting in place firm plans for the future, Andy leaves us strongly positioned to continue to grow and strengthen.”

Mr Baldwin will start in his new role with ALPA on 9 October.