Mr Wright will succeed Dr Peter Parnell, who is retiring having served as Angus Australia CEO for the past twelve and a half years, since 2009. 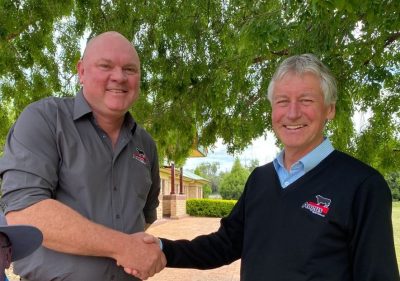 In making the announcement this morning, Angus Australia president Sam White said the board was delighted to welcome Mr Wright into the important role for the future of the organisation and the Angus breed.

“Scott ticks all the boxes needed to continue the success of Angus Australia into the future.  His selection came after an exhaustive executive search process conducted with the assistance of Rimfire Resources,” Mr White said.

Mr Wright and his wife Julie and family live at Glencoe, near Glen Innes NSW where they conduct a small commercial beef enterprise.

He has extensive experience in various facets of agribusiness during his career.  He started work with Angus Australia in June 2018 as a Member Services Officer and was elevated to the position of Member Services Manager later that year. In these roles Mr Wright is already well known to many members and other stakeholders of Angus Australia.

Departing CEO, Dr Peter Parnell said he was delighted that the Angus Australia Board had selected Mr Wright for the role among several high-calibre candidates.

Dr Parnell took over from Grahame Truscott as Angus Australia CEO in 2009, having worked for NSW DPI for the previous seven years as a genetics research manager. Prior to that, he spent a lengthy term as Angus Australia’s breed development manager.

Dr Parnell will continue in the role as Angus Australia CEO until late February, prior to handing over the role to Mr Wright.