Two impressive young livestock farmers on either side of the Tasman have earned significant industry awards this week…..

The 27-year-old is the Buller Dairy Group’s operations manager for Pāmu, where he oversees four dairy farms and a machinery syndicate at Cape Foulwind, and Health and Safety leadership for 10 dairy farms. 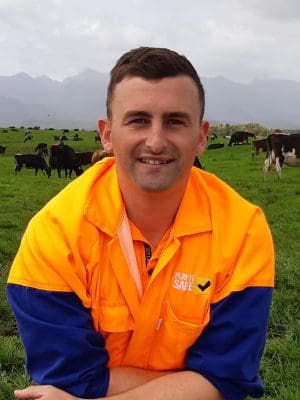 The Ahuwhenua Young Maori Farmer of the Year award winner for 2016, he is also chair of the West Coast Focus Farm Trust, and heavily involved with training and mentoring staff as part of the West Coast 2IC Development Program.

The annual Award, regarded as a prestigious badge of honour by the agribusiness industry, recognises and supports talented young individuals in the ag sector from Australia and New Zealand. It was launched in 2014 in memory of beef industry leader Zanda McDonald, who died aged 41 after an accident at his Queensland property in 2013.

Due to the recent postponement of this year’s Platinum Primary Producers (PPP) Conference, the announcement of the award winner was broadcast yesterday via video on social media by Zanda McDonald Award chairman Richard Rains.

“As judges, we were impressed with Jack from the moment we first interviewed him,” Mr Rains said.

“He is doing some amazing things to develop, coach and mentor his team, and has a natural leadership style that is inspiring and compassionate. We can’t wait to see what’s next in store for Jack, and look forward to developing his tailored mentoring package with him, which will really help take his career to the next level.”

Mr Raharuhi said he was “over the moon” to have received the award, and was particularly excited about spending time with members of the PPP Group, the network of 150 of Australasia’s influential agri-business men and women, of which Zanda McDonald was a foundation member.

“It’s just such an incredible honour to win this award. I’m really excited about the insights I’ll get into some of the best agriculture companies in the industry,” he said.

Mr Raharuhi was named as a finalist alongside fellow kiwi James Robertson, 23, technical assistant in co-operative affairs for Fonterra and FMG NZ Young Farmer of the Year 2019, and Australian Dr Elle Moyle, 29, district veterinarian for Agriculture Victoria, and a 2020 finalist in the Cattle Council Rising Champion initiative.

The award, sponsored by Allflex, Pilatus, CBRE Agribusiness, Westpac, Te Mania Angus and MDH, sees Mr Raharuhi receiving an impressive professional development package which includes a mentoring trip to farming operations and businesses in Australia and New Zealand, media training, $2000, and membership to the PPP Group. He will travel by a Pilatus PC-12 aircraft to parts of his mentoring trip, enabling him to reach diverse and remote farming operations on both sides of the Tasman.

Meanwhile, in a separate award announcement this week, the Lachlan Hughes Foundation Board has chosen Jack Groat of Lorraine Station, Roma as the Inaugural Foundation Scholar.

An independent selection panel of three selected Jack from a strong field of applicants from all over Australia.

The award was launched last year in memory of young Queensland beef producer Lachlan Hughes, who died tragically in a farm accident in 2018. 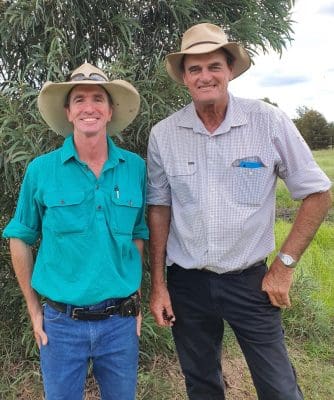 For Jack, his journey to learn more about regenerative agriculture began in 2012 when he first saw television advertisements suggesting fossil fuels, deforestation and cattle were the three biggest threats to the planet.

“This message didn’t sit well with me and from my experience, I couldn’t see how cattle could be bad, but I didn’t know how to express that. Since then I have been searching and learning how cattle and people can actually work together for the benefit of the environment and this scholarship was the perfect opportunity for me to learn more about regenerative agriculture to do this,” he said.

Jack had been looking at trying new things on his property, Lorraine, north of Roma with his wife Emma and their children. Together they have been trialling practices on farm that they have researched and learned about to date but realise there is much more to learn.

Through the scholarship, Jack will be provided with support to attend training at the Mulloon Institute to learn more about natural sequence farming methods as well as opportunities to be mentored and connected with people who have been working successfully to integrate regenerative agriculture principles in their business.

The Hughes family was planning a Natural Sequence Farming Information Day at their property Dulacca Downs in April, where Jack would present his project outline for the next twelve months – but have decided to postpone this to a later date due to COVID-19.

“The opportunity provided by the scholarship will allow me to give back to the regenerative agriculture movement as well,” Jack said.

“My project will focus on implementing rotational grazing management, contours and leaky weirs to reduce run-off, soil erosion and keep ground cover. I have already started and hope the additional support through the scholarship I can do this successfully and see how regenerative principles can be applied to conventional agricultural landscapes, better for the environment and better for business.”