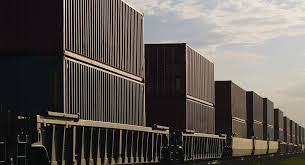 The report builds on findings from $41 million worth of engineering, environmental and geophysical work overseen by the implementation group, and outlines a 10 year plan for delivery of the $10 billion, 1700 kilometre project.

The implementation group’s view is that the plan would not only be economically feasible, but economically desirable.

Mr Anderson said the project will provide significant jobs and economic benefits during construction, at a time when Australia desperately needs it, and from day one of completion will also generate strong returns to Government while also driving serious economic activity.

In previous years plans to build an inland rail network may have been viewed as a white elephant, Mr Anderson told Beef Central, because for many years rail was over manned and inefficient and could not compete with road transport.

However various economic and industrial relations reforms introduced during his time in Government, a long with the decision to connect interstate rail networks under the Australian Rail Track Corporation (ARTC), meant rail was now competitive again with road.

The statutory body Infrastructure Australia is currently analysing both major proposals for an inland rail route, from ARTC and National Trunk Rail, and is due to report back to the Federal Government by Christmas. 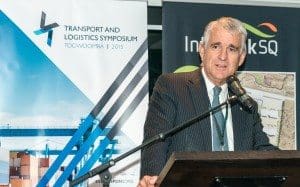 The key question now is where the new Turnbull Government stands on the inland rail proposal. Mr Anderson said there was no doubt that former PM Tony Abbott and treasurer Joe Hockey were “completely at one” with Nationals leader and regional development and infrastructure minister Warren Truss in their commitment to building the project.

“My hope is that the new PM and treasurer will likewise understand the importance of this project,” Mr Anderson said.

“It should happen and I just hope that the new team gets their mind around it very quickly.”

What will the inland rail network, if it proceeds, mean for Australia’s livestock and meat industries?

The primary benefit will involve the downwards pressure it will place on the high costs of transport in Australia, Mr Anderson says.

“People misunderstand transport in economic terms, it is around 8.5-9pc of gross domestic product, but in many ways it is a cost in and of itself, and we need to reduce that cost,” he said.

“It is very important to understand that while it will reduce the number of new trucks coming on our road – because every major train on the track we believe will on average remove the need for 108 B-Double movements – the trucking industry is going to continue to grow strongly in this country.

“It is just that we will never keep up with the demand for road transport, and interestingly a lot of the people who made submissions said they don’t believe they will get the truck drivers they need in future to move all the freight either.”

Mr Anderson said the inland rail will be open access, and it will be up to industry players to find advantage from the new network for themselves.

“So Roger Fletcher, for example, operates his own trains from Dubbo down to the coast, that sort of option will be freed up enormously, because the national railway grid will be far more effective and far more time efficient.

“I think the other thing is that if the railway is to ever, as I know in Queensland many would like it to, head further up, this is the first necessary building block. I see this as a major step change in the national rail grid, I don’t see it as completing it.

“Given that most of Australia’s beef is produced in Queensland, this railway doesn’t run up along the coast or to a lot of that country, but it does have a very positive impact on pushing down transport costs which I think is not insignificant.”

In terms of funding, the report recommends that the project should be overwhelmingly Government funded, on the basis that it is core Government business, and the Government can borrow money at less cost than anyone else.

“The private sector obviously should be employed to build it, and it needs to be very carefully oversighted, but the Government can borrow for less than anybody, can build it for less than anybody else, and can extract the maximum benefit out of lowering transport costs,” Mr Anderson said.

The implementation group has now spent $41 million from the $300 million put towards the project by the previous Labor Government on engineering, environmental and geophysical work, which meant that “great slabs” of the project were now effectively shovel ready and ready to start.

This was not just ‘another feasibility study’, Mr Anderson said. “We spent $41 million to do a lot of the engineering work, and that it is ready to run.”