Industry dodges a bullet, as residue screening performance stands up to scrutiny 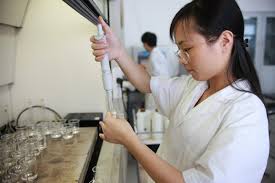 Results from the 2013-14 National Residue Testing program produced a 99.96 percent compliance result for cattle and beef, for residues from animal treatments, agricultural chemicals, and environmental contaminants.

While it’s not quite as high as the previous year which recorded a 100 percent perfect score, it is well within the broader range recorded over the past ten years of between 99.93pc and 100pc.

There were widespread concerns expressed during last year’s drought over the elevated residue risk in meat samples due to increasingly desperate beef producers across eastern Australia having to source hay, sugarcane and other crop residues and other feedstuffs from less reliable sources, in an effort to keep cattle alive.

Fortunately, problems did not materialise, based on the latest NRS data – at least for the first half of 2014 reported in this financial year summary.

Close to 6000 random tests are conducted through the National Residue Survey at export and domestic abattoirs each year, analysing muscle, fat, blood, organs and other animal tissues. Each individual ‘test’ can involve multiple compounds, with more than 75 antibiotics screened, alone, for example. The number of tests carried out has increased in recent years, in line with larger national beef kills. The residue monitoring programs are funded, in part, by producer levies.

Random samples are routinely screened for a wide range of contaminants, including antibiotics, hormones, anthelmintics and other veterinary drugs, plus fungicides, herbicides and insecticides and environmental contaminants such as heavy metals.

Australian Meat Processor Corporation chairman Stephen Kelly said it was an excellent result, given the difficulties that many beef producers faced last year due to drought.

“It again reinforces the importance on industry Quality Assurance programs like Livestock Production Assurance, CattleCare and SAFEMEAT. If nothing else, it has made producers aware of their responsibility in this area, and the result is a big credit to them.”

“The residue testing result last year is particularly notable, given the sheer volume of cattle processed and exported over the past 12 months,” he said.

One of the challenges in the yearly NRS statistics is the extraordinary sensitivity of modern testing equipment, which can detect concentrations of some compounds in parts per billion, rather than million. This sometimes means detection of background traces of compounds are made in minute quantities, far below Australian Standards or international Maximum Residue Limit tolerances.

Last financial year, just one detection was made above MRLs, for the heavy metal, cadmium.

Why was it present? Soils in some areas of Australia (SA and WA for example) are naturally higher in cadmium than others, while a second cause can be the extended use of imported phosphate-based fertilisers on pastures.

Phosphate rock sourced from Nauru, in the Pacific, for example, has slightly elevated levels of cadmium, as a result of birds ingesting seafood which naturally carry small traces of cadmium from the ocean. The bird droppings over thousands of years built up to form the phosphate rock which is mined for use as agricultural fertiliser.

Sheep tend to pick up more cadmium than cattle, because they are more of a browser than a grazer, and can ingest more dirt. Older stock are at greater risk.

Again, it should be stressed that cadmium concentrations found in NRS animal tissue samples in Australia are very low, by international standards.

While there was some traces of lead found in 124 liver samples last year, these were in minute concentrations, only a fraction of the MRL Australian standard of 0.5mg/kg.

Again, last year’s low-level background detections serve as a warning to clean-up any potential sources of lead or other contaminants on properties to avoid any such problems in future.

Underpinning the on-farm work is a strong regulatory system administered through the APVMA for the registration and use of vet chemicals.

These regulatory and on-farm management practices minimise the risk of unacceptable residues and are a vital part of maintaining Australia’s world-leading beef market access.