Keeping up with the never ending stream of beef news headlines, blogs and social media posts rolling out 24/7 is no easy task for busy people – here’s a wrap of some items of relevance or interest to the beef sector from around the web you may have missed in recent weeks.

The irrefutable case for animal agriculture

changes being proposed to global food systems, Australian-raised animal scientist Alison Van Eenennaam, now a leading geneticist at the University of California, Davis, explains why animal agriculture is here to stay and why agricultural professionals need to make themselves heard – Sheep’s brains for breakfast

PART 1: Cross: Time for meat industry to take the offensive

PART 2: About real meat: A call to arms A vegan activist from Brisbane who has been charged 22 times in two years insists she will continue to stage protests, break into factory farms and rescue animals – Glamorous Vegan Activist Refuses To Stop Trespassing To Save Animals

When the Edinburgh University Student Association tried to pass a motion banning the sale of beef on campus, in the process preventing young rural students from speaking against it, a subsequent referendum resulted in nearly 6000 students rejecting the move: Edinburgh University students vote to reject ban of beef products from campus bars and cafes 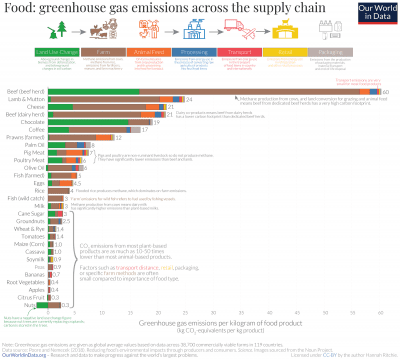 How simple and widely shared images, such as the chart above, can become powerful tools for spreading information to consumers: Infographics scapegoating beef usually miss the big picture

Bicycling magazine offers readers another look at red meat: Lately the news surrounding this American diet staple has been bleak. But you might not need to give it up just yet

Marketing has to be attention grabbing, but Burger King has raised the stakes by showing a 30 day old Whopper to demonstrate that its burgers contain no preservatives (ad pictured below). The ad has won praise by some marketers, but some think it will backfire – as Mark Ritson writes in the Australian: Rotten whopper ad could decompose Burger King’s image as well (subscription required to read article). 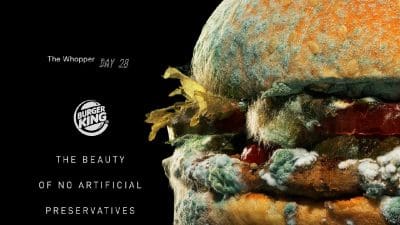 While there has been a greater discussion around meat substitutes, Australians still love meat, Meat and Livestock Australia’s Graeme Yardy tells the Canberra Times: Australia’s meat industry not cooked yet

A potential $140 million new industry in South Australia within three years, according to Primary Industries and Regions SA (PIRSA).

The end of a trend?

Join the discussion started on Twitter by Bass Beef: 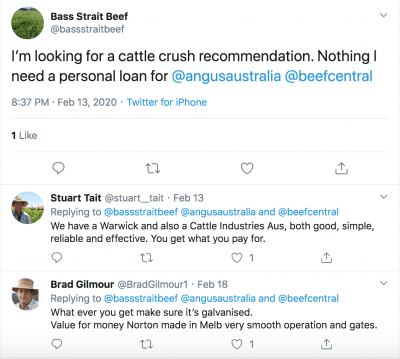 Farmers urged to view zero emission push as an opportunity 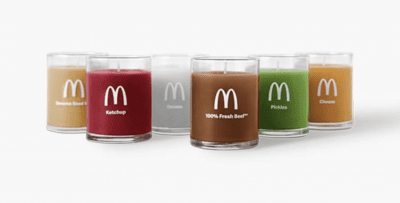 McDonald’s has this week released a beef-scented candle to celebrate 50 years since the launch of its Quarter Pounder burger.

Guide to cooking beef and steak

US meat and grain giant releases own plant burger

Cargill will launch its own plant-based hamburger patties and ground “fake meat” products in April, challenging Beyond Meat and Impossible Foods for sales in grocery stores, cafeterias and restaurants – See Reuters report here

As the saying goes, when it rains, it pours. 125mil on top of 170 so far for the year and it’s started again. Not sure how much more the swollen Muckadilla Creek can take! Flood fencing is better than drought feeding. pic.twitter.com/kmffd1YPg9

(Items included based on general relevance and/or interest to the beef industry, and should not be interpreted as endorsement of content or opinions expressed in any particular item)