A REGIONAL council is leading the way in showing how remote cameras, data capture and artificial intelligence can significantly increase the effectiveness of wild dog and pig control programs.

The council’s data shows that with intensive agriculture can come increased pest activity, which has heightened the imperative to increase pest control activities as the local livestock feeding industry grows.

For many years the Western Downs Regional Council’s approach to feral pest management was similar to that of many other councils – occasional baiting and aerial shooting campaigns, but less in the way of effective monitoring or evaluation work to determine success or how strategies could be improved. 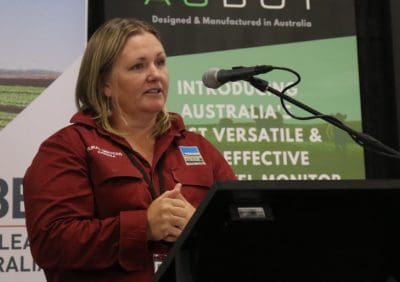 “Too often in pest management the evaluation of the success or failure of a control campaign comes from the kill sheet or from the amount of the amount of effort put in.

“So although this data is usually easily accessible, it can also be very highly biased, and can mislead the evaluation process.”

It was this lack of understanding and inability to effectively evaluate its pest management strategies that led the Western Downs Regional Council to change is approach.

Starting from scratch it has since developed its own program which incorporates cutting edge remote imaging and machine learning technology.

Starting with a pilot program involving 10 remote “black flash” cameras in 2014, the council today utilises a network of 120 cameras on a 22km grid covering the majority of the council’s 3.8 million hectare footprint.

An investment of around $1.5 million has been made over that time in data capture and analysis and on-ground coordinated pest management activities, working with 1500 landholders.

The result has been the destruction of more than 30,000 feral pigs and 10,000 wild dogs, along with 1500 hectares of priority weed control.

As cameras remotely capture images in the field, artificial intelligence is instantly sift through images in near real time, identifying and classifying pests and generating a meaningful report to decision makers in less than one minute.

The system also enables alerts to be sent by app or email to landholders when pest species are identified by a camera in their local vicinity, which further increases their engagement and cooperation in the program.

The data is fed into a visual analytics platform which enables trend analysis and statistical information such as heat maps which can be easily shared.

From the information generated the council now provides three coordinated baiting programs in the community in May, August and December every year.

“Western Downs has the data that nobody else has and that regional, state, and national bodies need and are requesting,” she said.

“The real benefit of monitoring in the alive environment is that we can use long term trends to predict potential pest activity in the future, up to 12 months in advance.

“That is crucial in shifting decision making from reactive to proactive perhaps even preventing impacts before they happen.”

Ms Hallinan said previous surveys have estimated the Western Downs region has anywhere between 19,000 to 150,000 feral pigs at any one time.

The council’s own camera data has demonstrated that where intensive agriculture exists, wild pig populations can increase in number by a staggering 1800 percent.

In dollar terms alone, the costs of that pressure are equally significant.

Based on this information and working on relatively conservative marketing prices, analysis has showed that cost of a single pig to a rural enterprise in the region is around $602 per year.

The data shows that aerial shooting campaigns, at a cost of about 20c/hectare or $40 per pig, produced a return on investment of about 1400 percent.

“(Monitoring) really is the winning combination,” she said.

“Strategic coordinated control and landscape scale monitoring with artificial intelligence is easily transferrable to other regions.

“Increasing the level of interest and engagement coupled with true evidence of impact through camera monitoring and data collection would provide enormous benefits if it was replicated across the state.”