Here’s a team to get behind: Australian Stockman Rugby, tackling NZ, Argentina and mental health In the lead up to this weekend’s third test between the Wallabies and All Blacks in Brisbane, a team of talented and passionate rugby players selected from throughout rural Australia will be embarking on a unique rugby tour of their own.

The team has been selected from country players hailing from Australia’s remote, rural and regional areas.

Australian Stockman founder Shaun Mackin believes it will be a tour that represents the best qualities of Australian country culture and country rugby.

“The players have been selected from most corners of Australia and have been chosen not only on their ability but also on their character, have been training throughout the year to meet our strength and fitness standards. 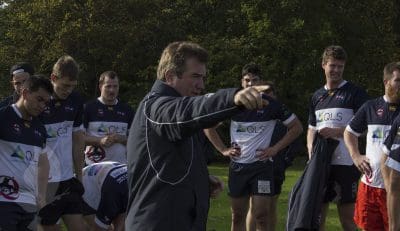 “This is an initiative that provides country athletes an important development opportunity to be coached by some Wallaby legends like Chris Roche, Guy Shepherdson and Tony Melrose, then take their skills back to strengthen their clubs and local rugby competitions”.

“We see sport as an opportunity to reach young people with positive messages around social issues they may other-wise not address” Mr Mackin said.

“We are blessed to have former NRL coach and welfare officer for the QRL, Murray Hurst, joining us on tour as both a skills development coach and a voice to educate the players on suicide, depression and domestic violence. This is something positive we can do to help drive down the negative statistics around these issues in country areas. Men speaking to men on these topics is really important.”

The 2017 tour’s major partner is Anglo American. “We appreciate the support of community minded businesses like Anglo American who invest into important initiatives like the Australian Stockman, without their support, providing young people from all over Australia athletic and personal development opportunities like this would be so much harder. The group conversations we have with young people about mental health and well-being are life changing and potentially lifesaving”. 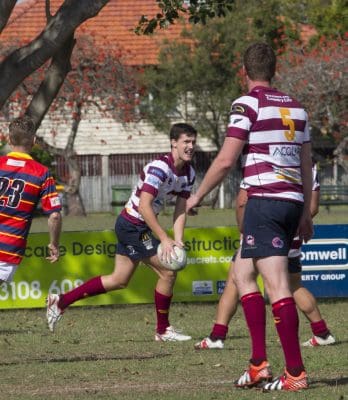 Anglo American’s Metallurgical Coal acting CEO, Mark Heaton, said sais the partnership with the Australian Stockman Rugby Union team in 2017 was a valuable opportunity to raise awareness for mental health and promote key wellbeing issues with young people in the communities in which the company operates.

“This Australian country squad will be playing and training at a high level, we hope to show them a number of things they may not be used to and have this squad execute a running game that great rugby is built upon. Both New Zealand and Argentina will be tough, it will test the forwards, the backs and our set piece, but that’s what makes the Aussie spirit so great, we love a challenge, I expect these young men to embrace each challenge and overcome them together as a team”.

Former Wallaby, Guy Shepherdson sees it as a way he can give back to the game on a grass roots level: “I was fortunate enough to play a high level of rugby in my career, I guess I have learnt a few things that may be able to help other players aiming to play at a higher level as well. I’m looking forward to helping out where I can and enjoy the rugby and meeting a lot of blokes from country areas while on tour.”

Australian Stockman Rugby Union’s three week tour will commence on Saturday, October 21, and continue through to Tuesday, November 14. Follow the team’s progress on Facebook at @StockmanRugby, or visit their website here