SOME of the Australian cattle industry’s most recognised identities are among the 16 candidates who have nominated to stand for the inaugural board of Cattle Australia.

Eight nominees from the south, seven from the north and one from the west will stand for election in the online ballot  for the Cattle Australia board which opens tomorrow and runs through to December 5.

The results of the ballot will be announced at Cattle Council of Australia’s final annual general meeting on December 12.

From that date the new board of Cattle Australia is set to replace the Cattle Council of Australia as the grassfed cattle industry’s peak industry council.

Under the existing Cattle Council of Australia structure, most seats on the board of the peak council are appointed directly by State Farm Organisations.

None of the 16 nominees standing for the new board are members of the existing Cattle Council of Australia board.

Many had privately indicated in recent months they would not be standing for Cattle Australia, citing a need to “ensure a fresh start and a clean slate” for the new organisation.

That has played out in the formal nominations confirmed this afternoon.

Cattle Council of Australia CEO John McGoverne has also confirmed he will not be  seeking a position on Cattle Australia.

The 16 nominees who are standing, confirmed by Beef Central this afternoon, are:

Cattle Australia members will be issued electronic ballots tomorrow (November 15) and will be able to vote until Monday, December 5.

CCA board directors not standing

All existing Cattle Council of Australia (CCA) directors will be standing aside, meaning the Cattle Australia board will have an entirely new board when announced at CCA’s final Annual General Meeting (AGM) on 12 December 2022.

Cattle Council says all memberships of the current organisation have now been transferred to Cattle Australia for the vote. 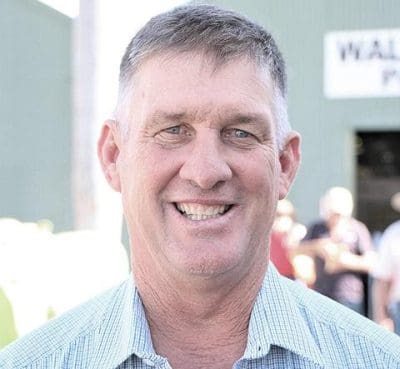 Cattle Council President, Lloyd Hick said Cattle Australia will “get a clean start, with a new board that has been democratically elected”.

“Six of the seven elected positions will be contested for the first time,” he said.

“There was only one nomination for the Southwestern seat on the Board. That candidate will need to be ratified as a Board member at the AGM.”

Mr Hick said it was not too late for anyone who wants to vote and is not yet a member.

“There is no better time to sign up for Cattle Australia and membership is free in the first year.

“It’s not too late to be a member and to vote and Cattle Australia membership is free for the first year.

“I wish all candidates the very best for this important, inaugural election.

“The future of our industry will be in your hands. Don’t miss the opportunity to have your say.”

Legal challenge still to play out

CPA alleges CCA “illegitimately took over the reform process in its own interest” and produced a “flawed and undemocratic structure” with no secure funding plan for Cattle Australia.

CCA says CPA is “trying to derail a process that has the overwhelming support of the industry” and leading to “resources that are intended to progress producer interests being wasted on unnecessary legal actions and unfounded accusations of impropriety”.

CCA as the respondent will then have until Friday afternoon (Nov 18) to respond.

A process of mediation is then expected to follow next week, ahead of a possible two-day trial commencing on November 29.

A statement released last week by lawyer Dan Creevey acting for Cattle Producers Australia initially stated that the Supreme Court of Queensland order would effectively prevent CCA from proceeding with the formation of Cattle Australia until the hearing on November 29, but that statement was not accurate and has since been retracted by the law firm.

Information on Cattle Australia membership and voting process can be found here: https://cattleaustralia.com.au/individual-membership/