Great Southern grassfed program forges on, despite the drought 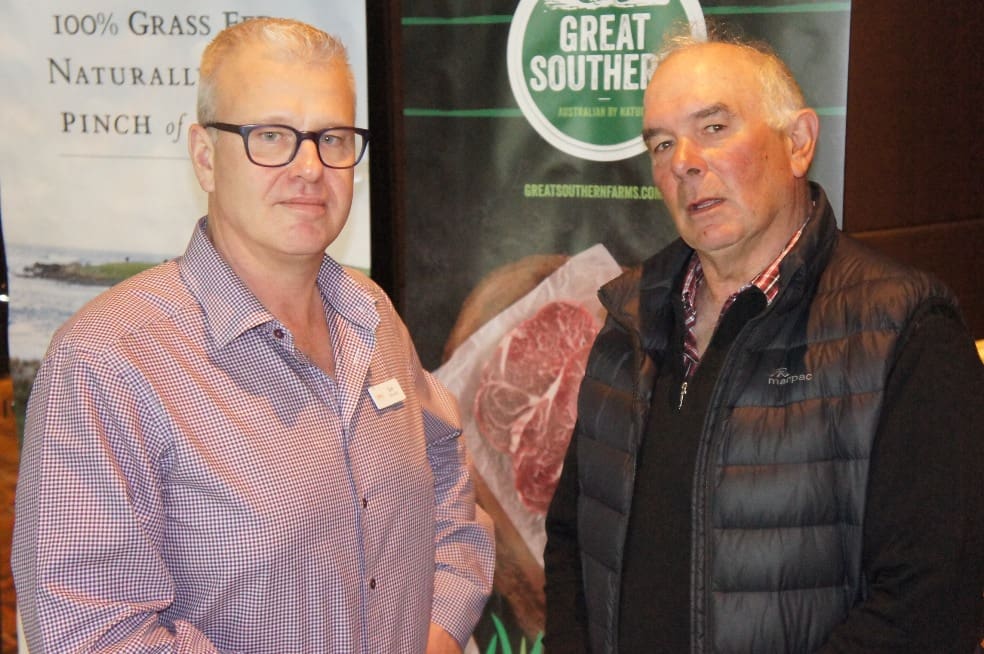 But JBS Australia says it has managed to navigate through this year’s eastern states drought much better than expected in its Great Southern farm-assured program – arguably the world’s largest certified grassfed branded beef brand.

Meeting in Melbourne today are more than 520 Great Southern livestock suppliers – both beef and lamb – for the program’s triennial gathering of stakeholders. The event serves as a celebration of Great Southern’s achievements and continued market momentum since the program started seven years ago.

Great Southern is an outstanding example of collaborative supply chains in action in the Australian beef industry, linking dedicated livestock suppliers with a company determined to heavily back a high-profile, successful premium retail and food service brand backed by third party audit.

Loyalty is a key feature, driven by an awareness that all parts of the chain play a vital role in delivering on performance expectations. Significant price premiums for eligible stock, forward pricing opportunities when appropriate, and comprehensive livestock performance feedback to suppliers are some of the program’s key attractions.

So how has Great Southern managed to navigate this year’s drought challenges?

“Processing for the program at multiple sites is undoubtedly a big factor,” he said.

“If we were a single plant in NSW or down in the Gippsland, we’d certainly be struggling this year. But the three-plant approach means we are much less exposed, and has softened the blow of drought.” 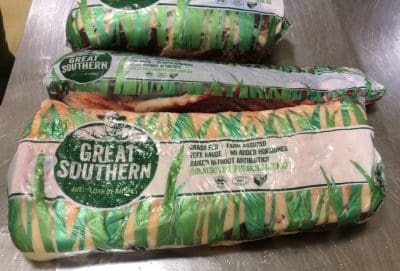 “Geographically, we’ve been able to shift production focus to where the seasons are. Tasmania (JBS Longford) is in pretty good shape; JBS Brooklyn (Victoria) is pretty good for numbers heading into spring; but obviously NSW (JBS Scone) is being impacted. But having said that, there are supply areas out of NSW where we’ve still had great results, year to date – under 5pc ungrades in some cases.”

The other big part of the story in maintaining Great Southern grassfed supply this year has been nutritional support.

“Certainly the work we have done over the past eight years, with the grassfed-eligible pellet and other forms of supplementation that meet the grassfed program eligibility requirements is paying off this year,” Mr Inglis said.

“It’s helping us a lot, in certain supply areas.”

Overall numbers through the Great Southern program have been little affected this year. The program aims to process 3000+ cattle weekly, on average, through the three processing sites. This year, weekly numbers sit at around 2800 – within sight of the normal target.

“It’s not back as far as we thought it might be, earlier,” Mr Inglis said. “Yes, numbers were down through winter, but looking forward, supply looks OK. Scone supply was obviously impacted through autumn, but they have surprisingly come along pretty well in the last 4-5 weeks.” With three years since the last Great Southern brand supply chain gathering, there’s been some big changes within the program.

The first has been embracing the MSA carcase index model, for which Great Southern was one of the early adopters.

“It’s been a huge part of what we’ve done, and the program’s success,” Mr Inglis said.

“It’s allowed us to extend and segment the brand program, based on idexes and marbling score, so we can guarantee that product out the other end. And from the producer perspective, the MSA index plays a big part in how we benchmark performance across the program. It’s a great tool to sit down with, with producers, and give them the feedback on where they sit, in performance terms.”

The index has also allowed further brand segmentation within the Great southern program, including the launch of sub-brands like Little Joe (super-premium marbling score 4 and higher, representing about 2pc of all eligible cattle, and Boss Hereford (see Beef Central’s earlier reports).

Producer suppliers from across Victoria, New South Wales, Tasmania and King Island, and into South Australia are participating in today’s three-yearly Great Southern event , being held at Melbourne’s Crown Casino complex, crowned by a gala dinner and awards presentation tonight.