COVID may have stopped the world from travelling but it clearly couldn’t stop 10 young beef industry achievers and their mentors from sharing some amazing personal journeys over the past year. 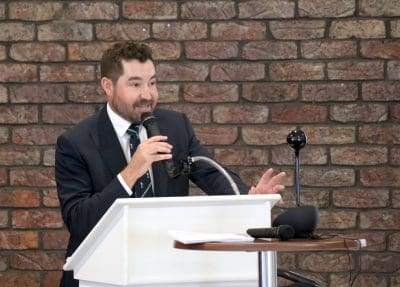 This year’s round of the Graeme Acton Beef Connections program, the third intake since the program was launched at the triennial Beef Australia expo in 2015, paired 10 talented young industry stakeholders with experienced industry achievers.

Over the past 14 months the carefully-matched pairings have worked together with mentors offering guidance as their young charges worked through personal development courses while also devising and refining projects of practical value for the industry.

The participants came together both in person and via video link at a function in Toowoomba last Thursday and Friday where the young mentor partners gave their final presentations and received feedback in the final event of the 2021 round of the Graeme Acton Beef Connections Program.

A common theme of many presentations was that the greatest value lay not in reaching the destination, but in the journey itself.

Beef Central sat in on the first three presentations last Thursday where engaging personal stories, insightful quotes and even colorful meteorological metaphors helped to capture the momentous value of the experience for all involved. 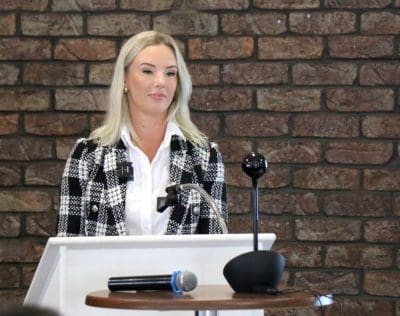 “The pairing of Caitlyn and myself was a meeting of an extrovert with an introvert, a bit like a cold front meeting warmer air.”

So, when air masses collide in the form of beef mentoring partnerships, what type of weather eventuates?

From all evidence at the closing event in Toowoomba the answer for all mentors and their young charges was, in keeping with Melinda’s climatic theme, brain storms of knowledge, thunderclaps of new-found confidence and lightning bolts of inspiration.

The Graeme Acton Beef Connections program is named in honour of the late cattleman and beef industry achiever who Beef Australia chair Bryce Camm described as a leader  who was exceptionally generous with his time in helping young people in the beef industry. 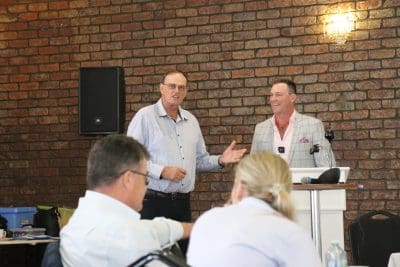 Phillip Hughes, a respected cattle producer from Dulacca serving as a mentor for the second time around, said it was important to understand that mentoring is not about directing.

“Mentoring is about support, it is about encouraging,” he said.

He added that the learning experience applied to mentors as much as it did to the young mentor partners, with knowledge sharing a two-way street.

“There’s a saying if you’re the smartest person in the room, you’re probably in the wrong room.”

The Graeme Acton Beef Connections program is a shining example of what can happen when young people are given the opportunity and the confidence to let their abilities rise to the fore.

Mentor partner Georgia Glasson described her time in the program as a “pretty life altering experience”.

She is now working in one of the leading beef research teams in the country with the NT DPI, but said that prior to being “pushed to have a go” and apply for the Beef Connections program, she was an introvert limited by low self-confidence and “an imagined hierarchy” in which she wasn’t worthy.

“I’m really proud of how far I have come from the very shy and reserved girl who joined the program in November 2020,” Georgia explained.

Among several quotes she shared to describe her journey was this from former US first lady Eleanor Roosevelt: “You wouldn’t worry so much about what others think of you if you realized how seldom they do”.

Georgia’s project involved developing an online interactive module for best practice animal welfare and husbandry in the northern Australian beef industry, a project she now has the confidence and the networks to drive through to reality. 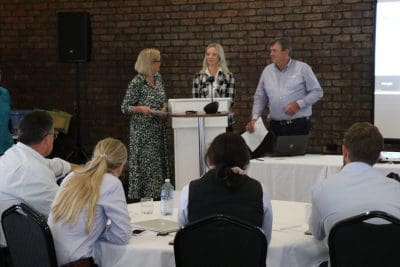 She described the Graeme Acton Beef Connections program as “a voice for the quiet achievers”.

“There is so much talent in this industry that never reach their full potential because they don’t have the confidence to put themselves out there, like someone pushed me,” she said.

“And it is often the unassuming people that have so much to say and so much to give to the industry but without a push they may not get the opportunity to do so.”

Giving her final presentation via a video link from the NT, her poise and self-confidence was palpable. It’s easy to imagine she could now effectively and proudly represent Australian agriculture on any stage.

The question then quickly emerges – how many other talented young “Georgias” and future mentor partners are out there waiting for that push or opportunity to take the leap of faith they need to find their voice and unlock their potential? 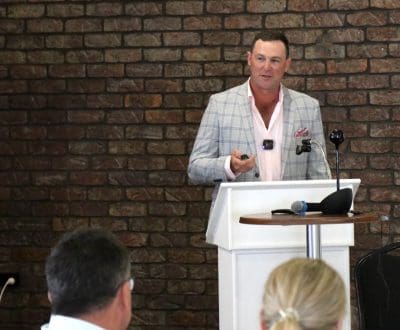 As mentor partner Ryan Olive (right) noted in his presentations, a loss of agricultural colleges reinforced just how important programs such as Beef Connections now are.

His project called Entrepreneurial Ag has involved creating a spreadsheet to help young people in agriculture develop financial independence by helping them to trade livestock and grow their equity and cash flow.

The value of the program is further demonstrated by the fact that three students have now become teachers – this year three former young Beef Connections mentor partners stepped up as mentors themselves – Amanda Moohen, Adam Coffey and Ashley Kirk.

The 10 mentor partners involved in the 2021 program were:

The Beef Connections Program has been supported since its inception by Westpac.

The program will recommence again when applications open in the lead up to Beef 2024.