The Productivity Commission has recommended abolishing three longstanding tax concessions and payments for remote areas, but the Morrison Government has moved quickly to reject the proposal. 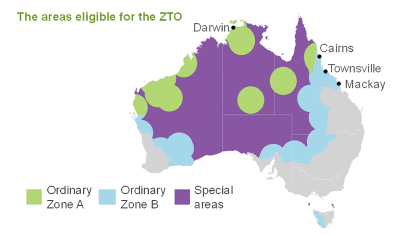 The zone tax offset (ZTO) is an income tax offset available to residents of specified parts of Australia (referred to as the ‘zones’ — see figure). It is designed to compensate residents for harsh climatic conditions, isolation, and a higher cost of living in the zones. The precursor to the ZTO was put in place in 1945.

The Commission handed down its report late last week, which described the remote area tax concessions and payments as “outdated, inequitable and poorly designed”, and recommended they be rationalised and reconfigured to reflect modern Australia.

“Remote Australia has changed considerably since the introduction of the first of these concessions in 1945,” the PC report stated.

“Many areas once considered isolated are no longer so, and improvements in technology have reduced the difficulties of life in remote Australia, although to a lesser extent in very remote places”.

The report found that the ZTO no longer serves a purpose in contemporary Australia, and is not needed. “Removing what is now a small payment will not have a large or long term effect on the economies of those areas affected,” the report said.

If the ZTO is retained only people living in “very remote” areas should be eligible, it said.

The PC recommended the RAA be better targeted. 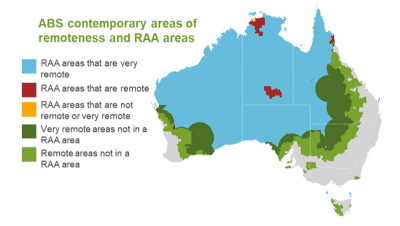 The report found that the allowance can help to alleviate the higher living costs and less ready access to services that many income support recipients in very remote communities face. It also recognised that the majority of RAA recipients in these areas face socioeconomic disadvantage and significant barriers to mobility.

The report said FBT concessions for remote areas were “overly generous, costly and inequitable” and should be tightened.

“As broad-based concessions, they are poorly targeted to regional development and lack transparency.

LNP Senator for Queensland Susan McDonald said the PC’s recommendation to abolish zonal tax concessions in regional Australia was extremely disappointing, said she was pleased to say the Morrison Government would not be accepting the recommendation.

Addressing the issue in a video on her Facebook page Senator McDonald said the Productivity Commission had missed an ideal opportunity to come up with something really useful for Australia.

“Regional Australia that’s the engine room of our country,” she said.

“Instead the recommendation was really light, and really missed the opportunity to look at what’s the best practice in other jurisdictions around the world and come up with some exciting ideas, particularly for northern Australia, where our potential is only limited by our imagination.”

“Were they to be implemented, the Productivity Commission’s recommendations would result in significant disruption to existing arrangements,” he said.

“This was confirmed by the volume of submissions which the Productivity Commission received in response to its draft report, the overwhelming majority of which were not supportive of the proposed changes.

“Given the challenges faced by regional Australia, including as a result of the impacts of the recent drought, bushfires and now Coronavirus, the Government will not be acting on the Productivity Commission’s recommendations.

“The most important thing we can do at this time is continue to provide certainty and confidence to those living in regional areas that the Government remains fully committed to supporting the growth of our regions and their continued success into the future.”