FORMER Ruralco managing director John Maher has been appointed as the new chief executive officer of the Indigenous Land Corporation.

ILC owns and manages more than six million hectares of land on behalf of indigenous owners, mostly in remote and rural parts of the continent. 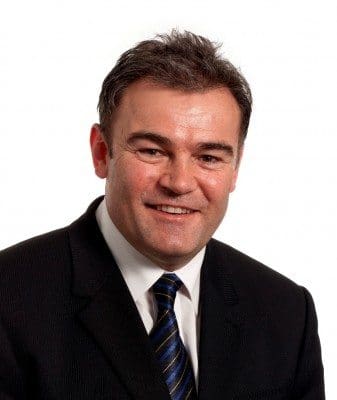 Mr Maher spent nine years as managing director and chief executive at rural services company, Ruralco, before leaving abruptly last May. Since September last year he has acted as chief executive of the Livestock Biosecurity Network, under what was seen at the time as a ‘gardening contract’ (non-compete clause) with Ruralco.

During Mr Maher’s term at Ruralco, the company became one of Australia’s fastest growing and highest returning agribusinesses, expanding its market capitalisation to $300 million. Prior to joining Ruralco, he was an executive at Wesfarmers for ten years. He has also served on a number of boards and industry organisations including Landmark, Agfarm, LiveCorp and AuctionsPlus.

“With his extensive knowledge of agribusiness, operational capabilities and leadership skills, John is well placed to lead the ILC as we look to better-position the organisation so we can help maximise indigenous benefits from the growing Indigenous Estate land base.” Mr Fry said.

In addition to its core land acquisition and land management functions, the ILC has established fully-owned subsidiary companies as part of the ILC Group to operate significant agricultural and tourism businesses across remote and rural Australia.

“John has the background and experience to help further grow these businesses and pursue other opportunities, in partnership with Indigenous organisations, government and industry, so Indigenous Australians can take full advantage of economic, cultural, social and environmental opportunities now and in the future,” Mr Fry said.

Mr Fry also paid tribute to Leo Bator from Indigenous Business Australia who has been the acting chief executive for ILC for the past six months.

Commercial operations on ILC-held properties include:

Commercial operations on ILC-leased properties include:

Livestock Biosecurity Network chairman David Palmer thanked Mr Maher for his contribution to LBN over the past seven months,  and his leadership in guiding the organisation through to its next phase.

“John’s role with us was always going to be a temporary one, to help us through the review of the pilot and confirm LBN’s ongoing role. We wish him all the best in his next venture,” Mr Palmer said.