THE number of animals arriving at export abattoirs in Australia in an unfit condition to load has more than doubled since the start of 2017, data obtained by Beef Central from the Department of Agriculture and Water Resources indicates.

The following table documents the number of animals reported as being affected with unfit to load conditions at registered export abattoirs since the start of 2015:

The data is obtained from animal welfare incident reports raised at AUSMEAT-accredited export meat establishments. It does not take into account livestock that travel from property to property, or to saleyards, feedlots, stud auctions, or live export, for example.

Of 37 million cattle, sheep and goats delivered to export abattoirs across Australia in 2017, a total of 2206 animals, or 0.006 percent, were affected with unfit to load conditions.

A similar trend has continued in 2018, with 834 reports recorded in the first four months of the year.

The reasons for the increased rate of animal welfare incidents are not disclosed, but the timing of the rise coincides with the onset of dry conditions across much of eastern Australia over the past 18 months.

A DAWR spokesperson said a change in the reporting requirements for unfit to load notices was a possible explanation for the rise that occured between 2015 and 2016. The spokesperson explained in 2016 the department revised the requirements for establishments to monitor fit to load conditions, which he said may account for the increase in the number of animals affected with unfit to load conditions between those two years.

The small percentage of overall incidents shows that the vast majority of producers, livestock agents and transporters are upholding their obligations under Australian Animal Welfare Standards and Guidelines for the Land Transport of Livestock.

LEARN MORE IN OUR FREE WEBINAR at lunchtime TODAY 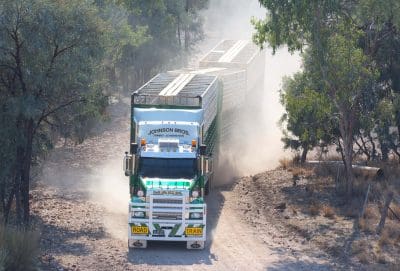 Producers are bound to comply with the Animal Welfare Standards and Guidelines for the land transport of livestock, and relevant state and territory legislation. The vast majority of cattle producers adhere to these guidelines.

As animal, health and welfare are vital to the cattle industry it is important that producers know when, and when not to, load livestock for transport. Current drought conditions across large parts of eastern Australia only add to the need for vigilance over appropriate livestock transport decisions.

Against this background, Cattle Council of Australia and Beef Central are hosting an industry webinar today, Friday, 15 June, designed to inform and remind all stakeholders about their responsibilities during transport.

MLA and Livecorp have developed fit to load guides domestically and for live export, respectively, and CCA has recently combined these guides in a user-friendly way. This webinar is part of Cattle Council’s push to engage with industry on-the-ground, through topical subjects like this one.

The Australian Animal Welfare Standards for the Land Transport of Livestock define specific requirements in relation to livestock transport in Australia. The Standards are enforceable and it is an offence to load and transport an animal in a way that causes, or is likely to cause, it unnecessary harm.

This webinar will be a valuable source of information for anyone involved along the beef supply chain, including producers, agents and saleyards personnel, transport operators, lotfeeders, vets and processors, to help them meet their responsibilities under the standards.

Experts participating in the webinar will include:

The webinar session will allow ample time for questions from producers and other stakeholders taking part. Details about posting of questions will be explained during the introduction.

Webinar location: Via your computer in the comfort of your home or office; or if on the go, using your mobile device.

Registration: Click this link to register to participate in the webinar; or copy and paste this link into your web browser: https://attendee.gotowebinar.com/register/5442092566424765954

Registrants will receive an email providing log-in details for the event (if you don’t receive an automated email response within a few minutes, check your junk email folder), as well as a reminder the day before, and an hour before it is held.

It’s best to join 5 minutes early on the day of the webinar. You can interact with speakers by typing questions in the Q&A panel provided, or by raising your electronic hand.

The session will be recorded and a weblink will be sent afterwards to all those who register. So if you can’t attend on the day, you will still be able to view the recorded webinar later.