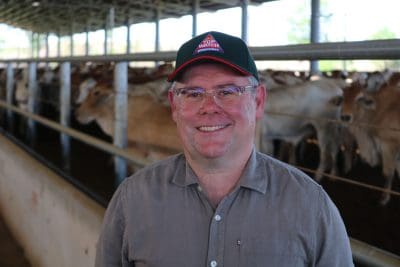 The Albanese Government yesterday passed amendments in Parliament to the Biosecurity Act 2015, allowing the government to react swiftly to biosecurity threats.

The amendments also increase the penalties for those people caught intentionally doing the wrong thing, to the highest penalty seen in Australia for an infringement notice for an individual under the Biosecurity Act.

Minister for Agriculture, Fisheries and Forestry Murray Watt said the changes ensure Australia can adapt and respond to evolving risks and meet the challenges of the next decade and beyond.

“Biosecurity threats are increasing due to a rise in the volume and complexity of trade, the effects of climate change and the ever-increasing worldwide spread of pests and diseases,”
Minister Watt said.

“The new measures will strengthen Australia’s biosecurity system, helping to protect our $70.3 billion agricultural export industries, protect 1.6 million jobs across the agriculture supply chain, and protect our way of life.

“Biosecurity risks can present in many ways at our ports, mail centres, airports and northern coastline.

“In the case of foot and mouth disease, risks can even include the clothing and footwear of travellers.

“Early identification and assessment of such risks remains fundamental to a responsive and effective biosecurity system.

“The measures will also be used to target and respond to future threats which could potentially include lumpy skin disease, African swine fever or Xylella.”

Minister Watt said the amendments will also increase a range of penalties for behaviour that results in unacceptable risks of diseases and pests entering and establishing in Australia.

“Under the previous penalties scheme, individuals who attempted to conceal high risk goods, including within their luggage were subject to the same penalties as individuals who conducted less serious behaviour.

“This may include actions such as sewing goods into the lining of their suitcase or placing goods within a container with incorrect markings or labels.

“People who jeopardise Australia’s biosecurity system by failing to comply with these new requirements will face civil penalties of up to 1,200 penalty units, or $266,400.

“The amendments will also help us implement important lessons we have learned from the COVID-19 pandemic by expanding pre-arrival reporting requirements, to ensure our biosecurity officers have accurate information to assess the biosecurity risk associated with the arrival of vessels and aircraft.

“Operators and persons in charge of these aircrafts and vessels who do not comply with the requirements will be subject to tougher sanctions of up to $222,000 for an individual or $1.1 million for corporate bodies, to better reflect the seriousness of these crimes.

“This government will not tolerate behaviour that jeopardises Australia’s agricultural industries, our food supply chain, and our unique way of life.”