The peak national farm lobby group has welcomed an announcement that the Federal Government will review its controversial ‘backpacker tax’, following extensive lobbying against the proposed measure and widespread concern about its effect on the agricultural workforce.

In an announcement in Sydney earlier today, Tourism minister Richard Colbeck said the review would be cross-departmental and seek to provide a more detailed discussion of the tax and its impacts on Australian agriculture. 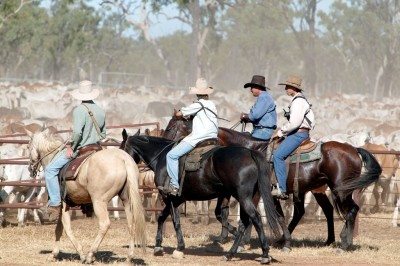 In some regions the cattle industry, along with fruit and vegetable growing and other farm sectors, rely heavily on itinerant backpacker at peak times of year.

The review comes following a strong backlash from the agriculture sector, including a petition opposing the tax promoted by the National Farmers Federation, which attracted almost 30,000 signatures from across rural and regional Australia.

NFF president Brent Finlay said he was heartened by the Government’s acknowledgement of concern surrounding the tax, originally announced in last year’s Federal Budget, and its willingness to examine viable alternatives.

“We welcome this commitment to review the proposed tax which, if left unaddressed, will stifle agricultural productivity at a time when we should be looking to build upon the significant growth potential of our global markets,” Mr Finlay said.

“Since the announcement of the tax, we have heard from primary producers from across the country who say it would damage both their businesses and their communities.

“At the core of this issue is the threat the tax poses to the ability of farmers to access a secure and reliable workforce – something which underpins our capacity to produce premium quality food and fibre at increasing volumes as dictated by surging demand for Australian product.”

The Federal government this morning committed to finding an alternative, revenue-neutral proposal to the backpacker tax, in consultation with affected stakeholders.

“We now look forward to continuing to play a key role in the review process and finding a workable solution that supports our primary producers in operating productive and profitable businesses that are a driver of the broader economy,” Mr Finlay said.

A joint statement was issued earlier this afternoon by deputy prime minister and Agriculture minister Barnaby Joyce welcoming a review into taxation arrangements for the Working Holiday Maker visa program.

The review’s scope would cover taxation and superannuation arrangements under the program, the statement said.

Minister Joyce said the review would help ensure the right measures were in place to support the two key growth sectors of agriculture and tourism.

“We know about 40,000 backpackers work in agriculture for a few months each year,” Minister Joyce said.

“This review is evidence that the Australian Government has listened to the concerns raised about the impact of the ‘backpacker tax’ on our global competitiveness and many of our agricultural industries.”

The clear aim was to make sure Australia had a balanced and equitable approach to the tax status for workers here on visas. The government did not want to risk a slide into black market employment in agriculture and tourism, today’s statement said.

Assistant minister to the deputy prime minister Keith Pitt said the right policy settings were essential in supporting both sectors.

“As the economy goes through a transition away from the mining sector, it’s important to make sure any change in taxation arrangements does not hurt either agriculture or tourism,” Mr Pitt said.

“This is a welcome opportunity for the agriculture sector, and the horticulture sector in particular, to provide input to the review process.”