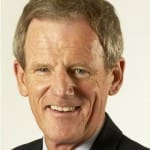 As Australians contemplate the deaths by firing squad of Andrew Chan and Myuran Sukumaran last night, attention will now turn to Australia’s response to the executions by Indonesia of two Australian citizens.

I have previously argued that when considering any sanctions or retaliation against Indonesia we must be very considered; particularly in the area of trade and business. Prime Minister Tony Abbott has already recalled Australia’s recently appointed ambassador to Indonesia, Paul Grigson, and other sanctions are now being considered. But we must proceed with care.

Economic nationalism and isolationism is on the rise in Indonesia as the administration of Joko ‘Jokowi’ Widodo struggles to establish itself as a viable alternative to the government of Susilo Bambang Yudhoyono who retired from office last year.

Any anti-foreign sentiment that we perceive, needs to qualified. Whilst relations with a number of Western countries including particularly with Australia will be strained – and the Jokowi-lead government is showing plenty of signs of inexperience and dysfunction in foreign affairs – business and trade relations with Asia, and in particular China and Japan, continues to be extremely robust.

Walk through most business hotels in Jakarta and the number of national and ‘overseas’ Chinese business people is highly visible as they position themselves to win the bulk of the huge number of infrastructure projects set to begin over the next few years throughout the archipelago.

A ban or partial withdrawal by Australian companies from doing business in Indonesia now would hardly be noticed in Jakarta. It is us who needs the business, and it is us who must consider our response, in light of these executions, very carefully.

Indonesia’s economy is slowing down and also growing slower than some other Asean countries for the first time in years, but it still represents enormous opportunities for foreign countries who position themselves well. Indonesia also needs huge changes to its agriculture industry – that employs over 45 million people – to simply feed its people and to meet the demands of a fast-growing middle class. The opportunities for Australian companies are significant.

Our cattle industry is finally recovering from the disastrous live cattle ban by former Labor agriculture minister Joe Ludwig, and we continue to be a very significant supplier of grains into the Indonesian market. A number of large Australian companies in the services, manufacturing and resources sector enjoy a very strong presence in Indonesia, but overall the business and trade relationship has been lukewarm at best. Indonesia is today, looking north; not south.

Sanctions at a government-to-government level would be very unwise. Both Australia and Indonesia have a mutual interest in maintaining strong G-to-G links with anti-terrorism support, people smuggling and regional security including how to deal with a more ‘active’ China in our part of the World. All of this means our options are very limited in penalizing Indonesia for its decision to carryout these executions.

Rather than to precipitate a bitter ‘tit-for-tat’ response from Indonesia’s young and inexperienced government, a better way maybe to work to build the relationship with our northern neighbour and assist them to develop as a young, vibrant and hopefully civil society, that includes getting rid of not only smoking that kills hundreds of thousands of Indonesians every year, but also capital punishment.