Extra $2 billion for “North to boom”

The Australian Government has announced that it will increase the $5 billion Northern Australia Infrastructure Facility (NAIF) by an extra $2 billion, to finance critical infrastructure projects in the north. 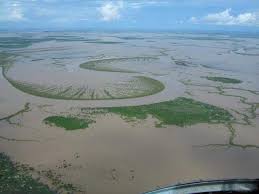 Etta Plains station, north of Julia Creek,  pictured in flood in 2019, is among several northern stations either purchased or leased by Murray Darling  irrigators to grow dry-land crops in northern Australia in recent years.

“To date, $3.2 billion of NAIF financing has been committed, this funding is expected to create up to 11,000 new jobs and inject almost $16 billion back into the economy.

“The demand for NAIF funding continues to grow and it is likely to fully commit its current funding in the next year,” Minister Littleproud said.

“An additional $2 billion will continue the prosperity to the north for generations to come and further delivers the Government’s commitment to create economic development and drive investment in northern Australia across all sectors, from mining and agriculture to renewable energy, education and tourism.”

Special Envoy for Northern Australia, Queensland Senator Susan McDonald said the extra funding will give certainty to investors to commit to doing business across the north.

“We are getting private enterprises on board to invest in our north, because we know that public and private sectors working together will achieve sustainable and exponential growth.

“NAIF is a critical tool in helping to deliver real outcomes under the Regions of Growth Master Plans outlined in Our North, Our Future: 2021-2026”

NAIF Acting CEO Amanda Copping said the NAIF is investing for impact in northern Australia with more than $3.2 billion committed to job-creating projects and to unlock the potential of the region.

Source: Minister for Agriculture and Northern Australia. For more information on the NAIF, Regions of Growth and other investments in northern Australia, visit www.infrastructure.gov.au/territories-regions-cities/regions/northern-australia