Effluent spills on city streets no joke for cattle industry

Effluent spilling from cattle trucks onto city traffic isn’t a great advertisement for the cattle industry, particularly at a time when it is trying to present a positive and professional image to city consumers.

While it’s easy to see the funny side of splashing manure ruining the day of an ostentatious open-roof sportscar driver, the reality is the issue of livestock effluent spills is no joke for the red meat industry.

Beyond the obvious discomfort effluent spills cause to city drivers and pedestrians in its path, poor effluent management is also a cause of animal welfare issues for livestock in trailers, and can create problems related to biosecurity, odour, health and road safety on public roads.

Adding to the seriousness of the issue, producers could soon face direct enforcement action if they fail to properly prepare cattle for transport.

In most capital cities around Australia cattle are transported to processing plants in or close to urban areas every day.

National heavy vehicle laws currently treat effluent spillage from livestock trucks as “a load restraint failure”, which can mean penalties of around $500 for the drivers of effluent-spilling strucks.

Is it fair that drivers alone attract fines?

The Australian Livestock and Rural Transporters Association (ALRTA) thinks not, as it national conference in Toowoomba heard on Friday.

Carriers made it clear they feel they are having to take the wrap for a problem over which they have little to no direct control.

Many livestock transporters who cart cattle into city areas have effluent tanks fitted to trailers, but the conference heard these alone cannot contain the volumes of effluent produced by full cattle.

Talks are also progressing with State and Federal Governments to develop a network of roadside effluent dumping points for trucks in transit, following the lead New Zealand has taken, and similar in approach to the more than 330 roadside dump points installed around Australia for motorhome and caravan users. 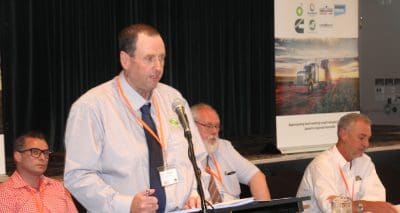 Improved animal preparation practices and enforcement action that “goes to the root of the problem” should also be part of the solution, ALRTA vice president Graeme Hoare told the conference.

The meeting heard that many producers effectively fed cattle right up until they are loaded onto a truck, because they are paid on weight of livestock and believe this is a way to maximise returns at the scale.

The ALRTA says that despite Chain of Responsibility laws having been in place for almost 20 years, there has never been an effluent related prosecution of a livestock producer.

As a rough rule of thumb, research from New Zealand suggests that a four-hour feed curfew will cut effluent production by around 50 percent.

Where does the law currently stand?

It also sought clarification on what existing Chain of Responsibility law means for people who prepare livestock for road transport.

However, it was recognised that a person in charge of livestock in the hours preceding transport may be in a position to influence the amount of effluent that will be deposited during transport.

“In the current law, if a spillage occurs, and there are steps a party could reasonably be expected to have taken to prevent the spillage, they could be held accountable,” Mr Esteves said.

“The person in charge of livestock in the 48 hours before transport who is responsible for feeding and watering and taking general care of that animal, isn’t necessarily caught by the National Heavy Vehicle Law depending on circumstances – it is a matter of proximity, and degree and the circumstances of that particular incident.

“In 2018, there will be an over-arching duty on all parties in Chain of Responsibility to, as far as practicable, ensure their conduct does not directly or indirectly cause a spillage.

“This has been explained in simple terms as failure to take a particular measure which could have been taken to obviate an identifiable risk.”

He said a national approach which held all parties accountable was needed, and suggested that an industry code of practice for effluent management may also be part of the solution.

The problem demanded a variety of responses, he stressed.

“No one treatment on its own is enough, and these treatments need to work in unison,” he said.

“All treatments applied effectively will enhance the supply chain’s ability to manage effluent.”

The National Transport Commission is a statutory body that works to achieve nationally consistent transport policy across Australia.

“It is now, when that legislation comes into force, going to have a provision that makes it an offence for a person to permit someone else to drive a vehicle on a road if that vehicle doesn’t comply with the loading requirements that are applied,” Mr Potter told the conference.

The legislation will also apply to a company that permits someone to drive on the road without taking load restraint into consideration.

“So that provision will be part of the new requirement that should make it clearer that it is not just the driver who is responsible for load restraint of the vehicle,” Mr Potter said.

The NTC was also updating the latest load restraint guide to “make it clear to everyone involved what is expected of them, and what is involved in properly preparing livestock to comply with load restraint requirements”.

It will provide clear guidance on responsibilities for livestock transport and animal welfare, over feeding and over watering, Mr Potter said.

Meat processors based in urban areas also face risk if a workable solution to the problem cannot be found.

As urban sprawl has edged closer to the Kilcoy Pastoral Company abattoir in the past 10 years, effluent control has become a front-of-mind issue.

Trucks delivering grainfed cattle from western feedlots all travel through the main street of Kilcoy to reach the KPC abattoir. 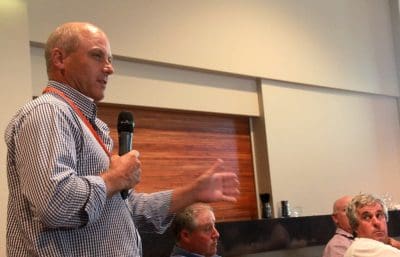 KPC livestock manager Craig Price explained to the conference that the company has built a disposal unit at its unloading ramp, so drivers can unload effluent tanks while they are unloading cattle.

This has played a big role in addressing the problem and cleaning up the main street, which the local council has also acknowledged.

“Unfortunately though every now and then we have the issue where trucks coming into town have effluent and are still spilling effluent on the main street,” Mr Price said.

“We are doing everything we can to get rid of the effluent once it gets to the plant, but it is what happens before it gets to us is where the problem is.”

He said the main obstacle is finding a workable solution to managing the effluent that is dumped.

“That will be the challenge for councils and main roads – what to do with the effluent now?”

A shared responsibility, and one that won’t go simply away: ACC

Australian Country Choice livestock manager David Daunton told the conference that unless the industry works together to find a solution, the problem will only get worse and a solution will be forced upon the supply chain by authorities.

ACC’s processing plant is based close to the centre of Brisbane. 18 to 21 b-doubles transport cattle to the plant along city roads every day.

Like Kilcoy ACC has created a dumping facility for effluent and also a truck wash.

“Cattle have to get to the plant somehow, in the most proficient and animal welfare compliant condition we can,” Mr Daunton said.

“The side effects can be pretty dreadful, and this what we all have to avoid. 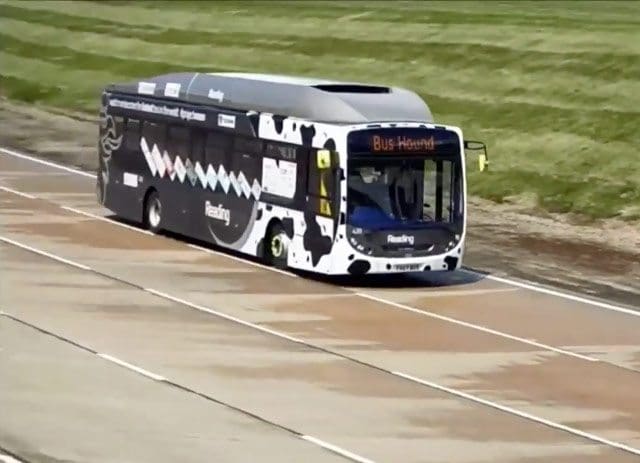 “We all have to be able to prevent and make a means to control this, because this issue is not going to go away, it is with us to stay.”

He suggested that using effluent captured in dumps as an alternative fuel source could help to turn a problem into an opportunity.

“We have digestors in many of processing plants that can use the bio-methane to run generators and make electricity,” he said. “Maybe this is a spin off advantage and alternative fuel source.”

How many drivers have been booked?

The number of truck drivers booked so far has not been large, according to information provided to Beef Central by ALRTA.

However, operators and drivers are highly exposed to enforcement actions any time authorities decide to have a blitz.

“We can already see that the pressure to address the issue is increasing as there is urban encroachment on processing facilities and more attention being paid to animal welfare and biosecurity,” ALRTA CEO Mat Munro said.

“So, we are trying to be proactive and clean up the problem before it becomes more acute around hot spots like South East Queensland.”