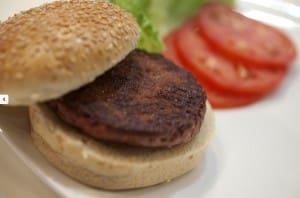 AUSTRALIA’S red meat industries could “leave the door ajar” for cultured meat if they lost trust with consumers because of perceived welfare breaches and cruelty, according to Victorian livestock producer Michael Craig.

The 2015 Nuffield scholar attended a cultured meat symposium at Maastricht in the Netherlands from October 18-20 as part of his investigations into the Australian sheep meat industry’s ability to create value in changing environmental, economic and social conditions.

He is general manager of Tuloona Pastoral at Harrow; a mixed broadacre livestock and cropping enterprise consisting of 18-thousand sheep, 500 cows and a 1400-hectare cropping program.

Michael said cultured meat is meat grown in a petri dish. Stem cells would be harvested from the best eating quality animals and then “cultured” in a laboratory.

But as cultured meat on a mainstream level is a long way off – 5 to 10 years at a minimum – it would be easy for farmers to ignore it, “because most consumers I speak to think it is unnatural and weird”, he said.

“It doesn’t mean we shouldn’t be aware of it and understand where it could be heading.

“How can our industry, and individual supply chains be proactive in managing those macro issues of environment, climate change and welfare that consumers of the future are vulnerable to?” 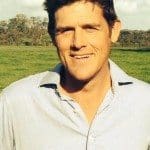 “If we lose trust with the consumer through perceived welfare breaches and cruelty, then we leave the door ajar.

“With the growing disconnect between the urban and rural worlds, combined with the incredible speed and reach of social media, we can’t be certain that our consumers of the future will want to stick with meat, particular if there is an alternative, cost effective product.”

Michael said the product quality and consistency of cultured meat could exceed traditional livestock because all of the variables can be controlled, unlike in traditional agriculture where we suffer from the vagaries of seasonal variability and animal behaviour.

“The fact the industry is conscious of the meat science and quality issues early in this developmental process is an important point, not to be underestimated.”

Cultured meat could appeal to the ethical consumer

“In the eyes of the `ethical consumer’ it is grown without the methane that adds to global warming, and without the “pain” of the domesticated animal production systems that have evolved in response to creating cheap animal protein for the world.

“Not to mention the inefficient energy use of feeding grain to animals that are then fed to humans, while millions in the world go hungry every night.”

He said cultured meat is different from Quorn. Quorn is made from mycoprotein through a fermentation process and then marketed as a healthy protein that is meat-free. Michal said Quorn products have claimed to mimic the taste, appearance and texture of meat, but without the perceived environmental, welfare and methane issues.

“The general criticisms of Quorn is that it doesn’t have the taste or texture of meat, and it is just a fungus from the ground.

“Consumers have been wary.” 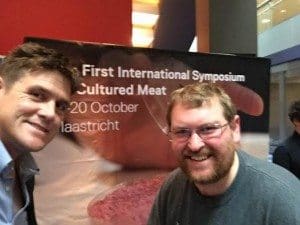 Cultured meat could either try to replace the manufactured meat and hamburger trade, or the more small scale ethical or even vegan-type consumer market.

“The ethical consumer could be differentiated on philosophical grounds, issues around price and taste will be of secondary concern.

Where is the cultured meat industry at?

The cultured meat industry is in its “absolute infancy”, predominantly still technically focussed, with academics in laboratories working out how to do it, he said.

“But it is starting with a fresh slate.

“Skill sets from a multiple of disciplines are coming together to try to think this one through, from food science, to systems and social engineering, and from regenerative medicine to environmental and social marketing disciplines,” Michael said.

“The people involved, particularly the scientists at this developmental stage, are motivated by a different type of passion and drive.

“They want to see the world change to what they consider is a sustainable compassionate world,” he said.

“Imagine starting a supply chain or industry with no restraints of tradition or history.

“The thinking is not centred on what has being, but what could be.”

However, despite its early development stage, the outside world of bio-capital is starting to collide with the cultured meat sector.

“Bio-capital is a loose term I am using to describe the financial capital that is focussed on creating social change for the betterment of the environment, while relieving animal suffering.

He said bio capital investors in cultured meat production bring not only the financial capital and their passionate philosophical belief for the idea, but they also bring important digital social skills that now link modern society together.

RELATED ARTICLE: Without transparency, cattle will lose the battle