Cattle on feed at Smithfield’s Sapphire feedlot near Goondiwindi as part of the 2021 RNA Wagyu Challenge, fed over 370 days.

CROSSBRED entries have excelled in Brisbane Show’s 2021 Wagyu Challenge, results from which were released overnight following the recent cancellation of this year’s Ekka due to COVID.

While that was true to an extent again this year, there is no denying that lower content cattle dominated the overall results in 2021.

Proving to be excellent ‘all-rounders’ in all four phases of the competition, the Hamblin entries topped the carcase quality standings (including the individual champion carcase) and finished second for carcase value, while also producing solid average daily gain performance in the feedlot of 0.82kg/day. The group finished sixth of 21 entries in the beef taste test phase.

All of Hamblin seven entries this year were sired by Fullblood bull Moyhu D 507, out of F1 dams.

In terms of key carcase performance metrics, Hamblin’s overall champion pen produced camera-measured marbling scores ranging from 7.4 to 12, and averaging 9.4. Intra-muscular fat ranged from 25pc to 41pc, while marbling fineness was mostly in the high 30s to mid-forties.

The championship winning pen finished second overall for carcase value, averaging $5265 per head. Significantly, the single top Hamblin performer for carcase value from the champion pen, at a whopping $6154, produced a 10.5 marbling score, and the group’s highest carcase weight of 436.5kg.

Runners-up in the overall standings were a pen of Poll Wagyu (96pc) from Poll Wagyu Pty Ltd – a syndicate representing Darren Hamblin and Tasmania’s Hammond Brothers, which has pioneered the development of a Poll Wagyu purebred strain in Australia.

The primary challenge faced by the Poll Wagyu syndicate in selecting for Poll genetics (see Beef Central’s earlier report) was in also maintaining high performance in meat quality, marbling and growth characteristics. This year’s Brisbane Show result again reinforces that the syndicate has been successful in doing so.

Entries this year were processed in late June at JBS Beef City.

Here’s a quick wrap-up of results from the four individual parts of the 2021 RNA Wagyu performance competition:

In the feedlot weightgain section, F1 entries dominated, as is normally expected.

Highest gaining individual steer also came from Wentworth Cattle Co, gaining at 1.29kg/day – the highest performance for a single beast yet recorded in this competition, tracing back four years.

Smithfield Cattle Co group livestock manager Ryan Brown told Beef Central this year’s competition cattle had fed very well at Sapphire, with next to no health concerns. All entries received a single pre-entry shot of Bovishield MH-One, followed up with a second shot at induction. 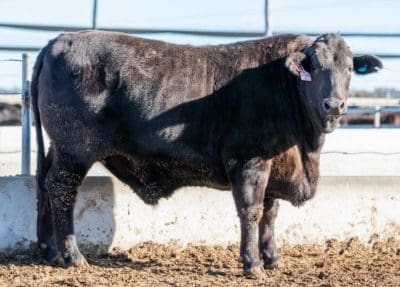 Even though Bovishield is marketed as a single-shot BRD product, as the human health field is currently discovering, additional (in this case, third) shots of Pfizer and Astra Zeneca are now being adopted in countries like Israel, for even higher levels of human COVID protection.

“I find Bovishield most effective, with a second shot as well,” Mr Brown said.

Before offering figures on average daily gain and feed efficiency, Mr Brown pointed out that the RNA Wagyu Performance Class was, in effect, three separate performance classes – F1, F2-F5, and purebred/Fullblood. All performed differently, with the higher the Wagyu content, the lower the expected performance.

The entire mob (F1-Fullblood) this year averaged 0.88kg/day gain, with dry-matter feed conversions of 11.3:1 (kilos of feed per kilo of bodyweight gain). Average start weight at feedlot entry among all entries this year was 368kg. Exit weight at close-out averaged 698kg.

While feed efficiency in Wagyu cattle was perhaps a lower priority than in conventional cattle, with a greater focus on quality traits, there was still a very large variance seen between best and worst in the feedlot this year.

“The most feed efficient animal in a Wagyu pen might be $100 more cost effective than the least efficient animal, but truth be told, if you can increase by one marbling score, that’s worth another $300 per beast,” Mr Brown said. “Gain has to be kept in perspective with Wagyu.”

As referenced above, Darren Hamblin’s overall champion pen (second cross, or 75pc Wagyu) topped the carcase quality division, producing not only high marbling but consistent marbling across all seven steers. Marbling scores in the pen ranged from 7.4 to 12, and averaged 9.4.

Second in the competition for meat quality was a pen of fourth and fifth-cross (92pc Wagyu) steers exhibited by Alan Hoey from Allora on Queensland’s Darling Downs.

The Hoey pen averaged 8.2 for marbling, but was dragged down by a couple of mower performers in the 5’s.

The key message from results for carcase value from this year’s competition was that while high marbling performance is obviously important, it was the carcases that combined high marbling with heavy carcase weight that produced the real elite performance in value rankings.

Topping the carcase value section was a Fullblood Wagyu pen of steers from Taldra Cattle Co, Kaimkillenbun, Queensland, producing an average carcase value among its seven entries of $5496.

The pen achieved this through marbling scores averaging a little above 8, and carcase weights averaging close to 470kg.

Single highest value carcase in this year’s competition was one of Taldra Cattle Co’s Fullblood (100pc Japanese Wagyu) entries, which produced a value of $7078.50.

It achieved this through not only producing premium marbling and IMF (camera-based marbling score of 8.9, IMF of 30pc), but also delivering the competition’s single heaviest carcase weight at slaughter of 550kg. In essence, high $/kg due to good marbling performance, combined with high carcase weight equals big cheque.

How was the high carcase weight achieved? The steer was certainly the heavier in the competition for feedlot entry weight, at 526kg. But he also put on another 400kg during the course of the 370 day competition, producing an ADG of 1.08kg. His exit weight before slaughter was a prodigious 926kg, while still only four-tooth. This ranked him as possibly the heaviest carcase weight ever seen in the four years this competition has run.

While one of his pen-mates from Taldra produced even higher weightgain and ADG (gaining at 1.2kg/day, producing a total gain of 443kg), his starting weight was lower, and marbling score more moderate, meaning less kilograms in the carton, at lower value.

The final stage of the competition, using taste panel testing of cooked samples, produced a win for the Poll Wagyu Pty Ltd’s purebred entries mentioned above, followed by Fullblood entries from Sunland Cattle Co, Moura and the Australian Agricultural Co.