Beef Central, 07/04/2017
Queensland Police are appealing for public assistance in locating six cows and six calves/weaners stolen from a property at Moorang near Rosevale, between Toowoomba and Brisbane.

The cows and calves are believed to have been stolen between March 1 and April 5 from the Callemondah property. 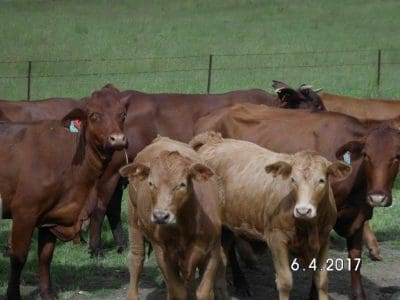 The six cows stolen are mixed Brahman and Droughtmaster and the six calves/weaners stolen are Charolais cross, belong to the stolen cows and look similar to the above picture.

The cows and calves/weaners are all identifiable by the brand on off side rump “lazy C under angle holding water dot” as pictured below. 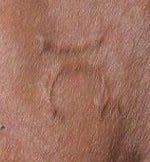 The six calves/weaners stolen are also identifiable by the earmark below.

Inquiries in the local area have failed to locate the cattle and police appeal for people who have any information in relation to the stolen cows and calves to contact police.

Anyone with information which could assist police with their investigations should contact the Forest Hill Stock and Rural Crime Investigation Squad on 5465 4200 or mobile 0428 741 098.