DUE to the extension of the current South East Queensland lockdown and worsening local COVID- 19 outbreak, the 2021 Royal Queensland Show has been cancelled in the best interests of public health. 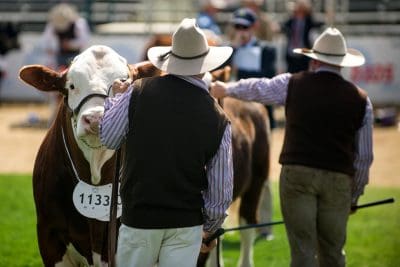 It is the second year in a row that the Ekka has been cancelled due to the worldwide COVID-19 pandemic.

The 2021 ‘Ekka’ was due to open to the public on Saturday 7 August, with stud beef judging commencing the day before.

It will be the fourth time in the Ekka’s 145-year history that the show has been cancelled. Only World Wars and the 1918 Influenza epidemic have caused cancellation of the event in the past.

On Saturday, the RNA announced that stud beef judging would be cancelled, but indicated at that time that prime cattle and led steer competition would go ahead. Some teams of stud beef cattle had already started to assemble at Brisbane Showgrounds prior to the announcement.

Ensuring the health and safety of the Ekka community and the general public was paramount and the RNA was fully supportive of the Queensland Government’s decision, the RNA said in a statement this afternoon.

“It is devastating to have to cancel this year’s historic comeback Ekka but the current outbreak of COVID in Queensland means we cannot bring the country and city together safely,” chief executive Brendan Christou said.

“It is particularly heartbreaking to have to cancel so close to our opening day because of the massive effort our Ekka community has put into preparing for this year’s People’s Show.  Thousands of exhibitors who have spent months preparing their entries for competition will be extremely disappointed they cannot showcase their efforts at the 2021 show.”

It is especially tough for the farming community who have been eagerly awaiting this year’s show which is a celebration of all things agriculture.

“Our hearts also go out to the hundreds of businesses whose livelihoods rely on events like the Ekka. The ride operators, the food vendors and the many small businesses who showcase their products at Queensland’s largest marketplace – they are facing another financial blow in the wake of the Show’s cancellation,” Mr Christou said.

The last-minute cancellation of the show has broad-ranging financial impacts for the not-for-profit RNA organisation, because it relies on the Ekka to provide a major part of its annual revenue.

The RNA said it would now endeavour to see if some of the 2021 Royal Queensland Show competitions can continue over the next two weeks in a COVID-Safe environment without the general public. The RNA will also be working with Queensland Health on a de-mobilisation plan to assist exhibitors with bumping out and what is possible during the lockdown.

The RNA said it would issue full refunds to all ticket holders, with more information to be sent directly.

A number of key events associated with the Ekka have now also been cancelled, due to the extended lockdown in Southeast Queensland: