Cattle Council gets fuzzy for Movember 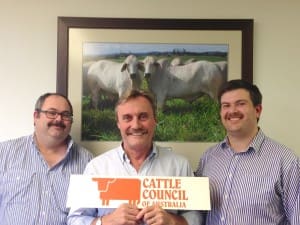 The men of Cattle Council of Australia are it again,  letting their facial hair run wild in the name of raising money for mental health, prostate cancer and testicular cancer.

Since the start of November three Cattle Council staff – Justin Toohey, Mark Harvey-Sutton and Jed Matz – and Agforce staff member Mick Taylor have been growing moustaches as part of the Movember campaign.

So far their team has raised an impressive $5455 for men’s health.

There is still time for you to help with donations remaining open until December 10.

“Almost half of Australian men have a mental health issue at some point in their life,” Mr Matz said.

“Unfortunately, we continue to see higher suicide rates for young men in rural  and remote populations compared with metropolitan populations. 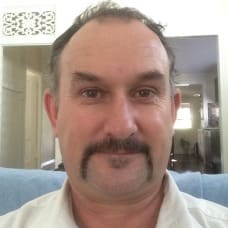 “This might be because young men with a mental health disorder from rural areas are significantly less likely to seek professional help compared to metropolitan young men.

“With much of regional Australia battling a tough drought we need to make sure our regional communities remain healthy both physically and mentally.

“If by a few of us growing a moustache we can raise a little money for men’s health but more importantly we are trying to let young men in rural communities know that seeing a professional to help for your mental health is just the same as going to a doctor for your physical health.

“We all have good days and bad days but if your having one of those days where things just seem too much don’t forget you can call beyond blue on 1300 22 4636 and talk to a professional confidentially.”

To contribute to the Team Movine’s campaign click here