Are you getting enough? Red meat should be embracing World Iron Awareness Week

IRON remains red meat’s most powerful consumer marketing weapon, in a nutritional sense, and the Australian beef and sheepmeat industries ought to be embracing World Iron Awareness Week, being staged from next Monday 26 August.

A lack of dietary iron is the world’s most prevalent nutrient deficiency. 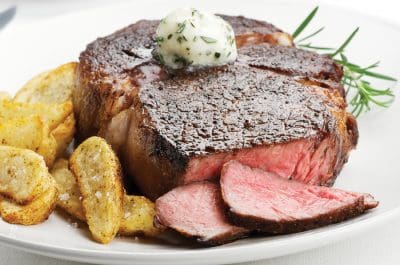 According to a recent survey out of New Zealand, one in 14 adult women over 15 years old have iron deficiency and more than one third of teenage girls aged 15-18 years do not achieve their daily iron requirements. Eight out of ten NZ toddlers are not meeting the recommended daily intake of dietary iron and 14pc of children under two years are deficient. There’s little reason to suspect that Australian statistics are any different.

In recognition of these concerning statistics, Beef + Lamb New Zealand is facilitating the sixth World Iron Awareness Week commencing Monday, with an aim to raise awareness on the importance of dietary iron, recognising the signs of low iron and what consumers can do about it.

The last NZ adult nutrition survey revealed iron deficiency has more than doubled in the 12 years since the survey beforehand.

This is having a significant financial impact on healthcare systems. According to figures from the NZ Ministry of Health, the cost of hospitalisations – primarily due to iron deficiency anaemia – has more than doubled in the past ten years. Iron-deficiency anaemia is a serious problem in the developing world due to limited food supply, but in developed countries, it is most common in obese women who follow restricted calorie diets to lose weight.

There are two types of iron in food: haem and non-haem iron. As can be seen in the graph published here, the body absorbs haem iron far more easily. Iron deficiency symptoms are often overlooked and filed in the ‘busy life’ folder, nutritionists say. Ever felt totally exhausted? Do you constantly get colds and infections? Find it difficult to keep focused at work or do your kids struggle to concentrate at school? It could be as simple as a lack of iron in the diet.

These symptoms and much of this growing nutritional epidemic we are facing can be prevented by some small amends to the foods and drinks we enjoy to ensure we are getting the most from our sustenance and feeling on top of our game.

Significant – given the current coffee craze sweeping Australia – drinking tea and coffee with meals can impair iron absorption. Other than tannins in tea and coffee, there are many more iron inhibitors. Some studies found that oxalic acid in spinach and silverbeet (despite their own high iron content) may inhibit iron absorption, however other studies suggest that its effects are insignificant (see more tea/coffee references below).

The following tips have been provided by nutritionists in the lead-up to World Iron Awareness Week, to make sure your daily intake is adequate:

Eat red meat and vegetables together

Eat a combination of red meat and plant foods (vegetables, wholegrains, legumes, fruits). Eating meat with plant foods will also help the body use more of the non-haem iron by up to four times. Examples of iron-rich meals include meat and vegetable stir-fry, a meat sauce with pasta and vegetables, or a lean beef or lamb salad sandwich.

Get plenty of vitamin C

Vitamin C helps the body to absorb non-haem iron from a meal – the type of iron found in plant foods and a proportion of animal foods. Include plenty of fruit and vegetables with your meals as they are rich in vitamin C.

Not all iron is equal

One cup of cooked silverbeet contains 0.4mg of iron, but the body can only use about 5-12pc of this. In comparison, 120g of cooked lean beef rump contains 3.5mg of iron and the body absorbs around 15-25% of it. You would need to eat a massive 19 cups of cooked silverbeet to get the same amount of absorbable iron provided by a serve of 120g of lean beef rump steak. Both provide a third of a women’s daily absorbable iron needs. Other examples for an iron boost include a moderate serving of spaghetti bolognaise or a couple small lamb leg steaks.

Red meats are richer in haem iron than white meat, poultry and fish – generally the redder the meat, the higher the iron content, so enjoy lean beef and lamb 3-4 times per week for a top iron intake.

It is better to drink tea and coffee between meals, rather than with your meals. The tannin in tea, and coffee, reduces the amount of iron we can absorb from food.

Studies show girls and women on restricted or low calorie diets generally miss out on getting enough of their daily iron requirements. Remember, lean red meat is relatively low in calories yet high in iron and protein, and can be included as part of an overall healthy and balanced diet.

You need extra iron if you exercise strenuously and often. Have your iron levels checked regularly and ensure your diet is balanced and varied, including lots of foods high in haem iron. Haem iron-rich foods include red meat, liver and mussels.

The iron in pills or supplements and fortified foods such as breakfast cereal is poorly absorbed. Don’t rely on these for your total daily iron needs, and only use supplements if advised by your doctor.

A sure way to improve your iron intake is to eat a varied, balanced and healthy diet emphasised on whole, less ultra-processed foods. Each day you should eat a variety of foods from the main foods groups: fruits and vegetables, wholegrain breads and cereals dairy products and red meat, fish, chicken or protein alternatives (eg beans, lentils, eggs or tofu).

Be iron-smart if you’re at risk

Infants, girls and women who have periods, teenagers, pregnant and nursing mothers, sports people, vegetarians and the elderly are most at risk of being iron deficient. Learn how to cook appealing, iron-rich dishes to suit you and your family.

Here are some recipe ideas from MLA to get you started.