A VAST protein deficit in China caused by the onset of African Swine Fever has been reflected in the world’s largest meat processor, JBS’s third quarter results announced last week.

With large beef, pork and chicken processing interests across North and South America and Australia, JBS reported a quarterly net profit of US$86 million as higher meat prices across its markets were underpinned by strong China demand for all proteins. 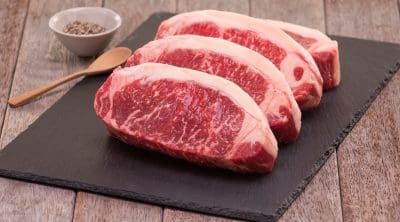 The company reported record pre-tax earnings of $5.9 billion reais (about A$2.06 billion) for its third quarter ended September 30 – 33pc higher than the same quarter last year. Net revenues stood at 52.1 billion (about A$18.4 billion), a 5.6pc rise thanks in part to strong sales out of Brazil, according to an earnings statement.

JBS’s South American business saw net revenue increase 11.4pc year-on-year, with volume increasing by 10.1pc in the period. Beef exports to China were a highlight, recording an increase in revenue in US$ of 73pc, representing an increase of 20pc in price and 44pc in volume.

Brazil, with additional beef plants recently approved to supply the China market, has witnessed slaughter steers prices surge 30pc in the last month, and the country’s benchmark steer indicator is now trading at the narrowest discount to the Australian market since 2015.

In the JBS US beef division, which includes operations in Australia and Canada, net revenue was A$7.8 billion, 3.8pc higher from a year ago, mainly reflecting a 3.2pc price increase while volumes sold remained unchanged. For JBS’s operations in Australia, the highlight was the increase in beef and lamb exports directly to China, which grew about 70pc in sales compared to the same quarter last year.

In a briefing to analysts, the company said it expected to continue to generate strong results as incomes were rising in Asia, where people continued to move to cities from the countryside, where they could increase their standard of living.

In remarks after posting results, JBS managers told analysts that prospects were bright for operations in the US, where cattle availability is projected to increase by 2pc next year.

While neutral for Brazil, the company said a decision by China to allow US poultry imports would benefit its US-based Pilgrims Pride poultry operation.

During a question session with analysts, management was asked about the impact of drought (and bushfires) on the company’s operations in Australia. JBS US division chief executive André Nogueira said while some areas, particularly in NSW and Queensland were being severely impacted by drought, other areas, especially the South, were having a fantastic growing season ‘probably the best in the last 20 years’.

While there was no impact on beef production in the short-term (due to drought-forced turnoff), Mr Nogueira said that Australia next year would produce and export less beef.

“I expect that China will continue to grow as a market for Australian beef, so I think that other traditional markets for Australia such as Japan, Korea and the US will see less offers from Australia,” he said.

In an apparent reference to recent dramatic price rises for manufacturing beef, Mr Nogueira said he thought that perception was what was driving price in the recent weeks.

“I think that Australia performance for us will continue to be very healthy and very good just because demand is so strong,” he said.

“But I do expect higher prices in cattle and lower production for Australia next year. And as Australia will (in my base scenario) export less to Japan and Korea and the US, the US will export more and that will be healthy for the whole system,” he said.

“We are only sorry for the population in the areas of Australia that are seeing fire and drought.”

Analysts also asked about JBS’s take on the extent of pork production declines in China as a result of African Swine Fever, and what this would mean for exports from supplier countries.

Mr Nogueira said the reality was that the reports of pig losses in China continued to be adjusted upwards.

“Most of the reports a year ago talked about losses around 10pc. It’s very clear now that the number is around 50pc. If you just see the official number of production in China in the last two months, pork production dropped around 35-40pc.

“My expectation is that we are going to see a domestic Chinese pork production drop 50 to 60pc in this next quarter. All the analysts, everyone now is talking about 40 to 50pc reduction, and I believe that probably today is the right number,” he said.

“Maybe in the future we will see estimates bigger than that, but today, estimates around 40-50pc are being seen, and that matches with the official number from China.

Wells Fargo analyst Brian Hunt asked whether the recent spike in beef trimming prices out of Australia to the United States had again driven food-service companies (burger restaurant users like like McDonald’s) to hedge their costs for 2020.

Mr Nogueira said the imported beef price environment had changed a lot in recent weeks, but it was very hard to try to predict where prices would be for next year.

“There is no question that any discussion about price for next year is a very difficult discussion at this moment, just because of the lack of visibility that we have. The spike in the imported lean beef has just started a month ago. It’s very hard to predict where this will go and what the consequence will be – but as I said in my earlier responses, I do expect higher prices and I do expect that as a consequence of higher price food-service and retail will try to promote more chicken items, because it will be just more affordable in the relative base.

“For hedging for the food-service for beef, I just don’t know how to do that, there is no instrument that is possible. I doubt that we will not do any price for next year longer than the first quarter, so the price will be what the price will be at that point, and there is no clear visibility about how much beef Australia will have to export to the US, or to Japan and Korea.”

Analysts also asked whether, given strengthened beef, pork and chicken exports around the world, China would pay price premiums to secure protein from markets like Brazil or Australia.

Mr Nogueira said talking about supply out of Australia and the US, at the end of the day, the price would adjust, to whoever paid the most for the product.

“So I don’t think that we have a sustainable overprice. One market paying more, they will take more volume, so the other markets will need to adjust for that over time. This does not happen in one day or one week, but over time the price will be similar.”