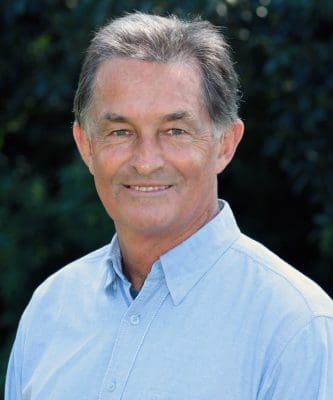 A career spanning almost 50 years in teaching and leading tropical pasture and agroforestry research was celebrated at a dinner in Brisbane earlier this month.

Dr Max Shelton from the University of Queensland is one of Australia’s leading plant scientists, with a footprint of work extending from Australia to South East Asia and Central America.

He has been responsible for the release of new varieties of leucaena to the grazing industry which now constitute more than half of all leucaena planted.

This article is based on a tribute delivered to last Saturday night’s dinner by plant scientist Dr Scott Dalzell, who has studied under and worked with Dr Shelton for the past 25 years.

Max’s career began in 1968 when he graduated with honours from an agricultural science degree at the University of Queensland.

He then undertook a PhD program involving the integration of stylo pastures in farming systems in North East Thailand.

For several years after graduating he continued working in Thailand at Khon Kaen University and Bangkok with the Land Development Department, and in the process he mastered the Thai language.

In 1978 Max returned to his alma mater and worked in the Department of Agriculture at UQ in the role of overseas post-graduate student coordinator. This was a challenging role, occurring during a period of intense international agriculture higher degree training, with more than 100 international post-grad students enrolled each year.

In 1986 Max took up the tenured position of lecturer in pasture science, the role from which he will retire as associate professor on December 31 this year.

During that period Max continued and enhanced UQ’s reputation as a centre of excellence in tropical pasture, forage and agro-forestry training and research.

From this body of work arose:

It is a tribute to Max’s enthusiasm that he won accolades (as nominated by the student body) and continues to receive very positive student feedback evaluations for his teaching courses.

Max has also made a significant contribution to the broader community through other training activities and R&D programs including:

Here is a snapshot:

He has undertaken several overseas sabbaticals during his career including at the University of Hawaii in 1991, Oxford Forestry Institute in 1995, the UN’s Food and Agriculture Organisation in Rome in 1999 and the University of Florida in 2009.

Max has also fulfilled numerous roles within UQ on different committees and in professional and industry associations, including president and fellow of the Tropical Grassland Society, and was a founding member and technical advisor to The Leucaena Network.

Max successfully collaborated throughout his career with many colleagues at UQ, DPI and CSIRO from a diverse range of specialised fields. Many of his Max’s students have also risen to important positions within universities, government departments and agencies and in the private sector.

He has also enjoyed working with, and learning from, innovative Queensland graziers and industry peers.

Dr Dalzell said he admired Max’s investment in the professional development of young people, his passion for agriculture, and his work ethic and integrity.

“Max only works on projects that he believes are relevant and will make a difference, and he is forthright if he thinks otherwise,” Dr Dalzell noted.

He said the impact of Max’s career both in Australia and overseas had been significant, and would continue through the ongoing contribution of his many students.