WHILE the Global Roundtable for Sustainable Beef last week passed a resolution among its membership endorsing its global principles and criteria for defining sustainable beef and sustainable beef production practices, the motion was not supported by Cattle Council of Australia. 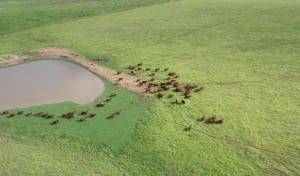 Its opposition focussed on definitions associated with native vegetation clearing and livestock nutritional requirements, that it argued did not adequately reflect cattle production systems in Australia.

In this earlier article, the GRSB last week said each of its five constituent membership groups (producers, retailers, processors, commerce and civil constituency) had ‘overwhelmingly’ supported its draft global principles and criteria for sustainable beef production.

Among CCA’s key concerns was that the prescriptive detail expressed in many of the criteria could not adequately account for Australia’s production systems.

In particular it felt that the prescribed management of native vegetation and the nutritional requirements for cattle were too “US or European-focused” to transfer adequately into Australian circumstances. Click here to read GRSB’s relevant criteria descriptors.

CCA a month ago submitted suggested refinements to the draft definitions that it felt would better reflect Australian conditions in areas like land clearing, but the GRSB refused to modify its existing draft.

“CCA has always said, from the start of the Global Roundtable process, that if it was not comfortable with any of the principles and criteria, it would not support them,” CCA president Andrew Ogilvie said yesterday.

In general terms, CCA had problems with GRSB’s principle on land clearing, which was ‘quite specific’ about not ‘interfering’ with native vegetation.

“So much of Australia’s northern production systems, and to some extent in southern areas as well, rely on managing native vegetation regrowth in grasslands, and we felt the GRSB’s definition as it stood was going to conflict with the industry’s ability to do that,” Mr Ogilvie said.

Similar regrowth management systems are used in parts of the US beef industry, such as across Texas, the nation’s largest beef producing state, but the US NCBA did not raise the issue as a concern, voting in favour of the proposed principles and guidelines last week.

The second point of concern raised by CCA surrounded the principles’ references to animal nutrition.

“Australia frequently suffers some pretty bad droughts, and occasionally producers just do not have the ability to manage an animal’s nutrition as well as they would like. That needs to be understood, but it was not reflected in the terms used in the GRSB’s draft principles and criteria,” Mr Ogilvie said.

CCA did not attend last week’s meeting in Brazil, voting in absentia. It claimed the reason was a schedule clash with commitments in China over the critical Free Trade Agreement talks, and matters surrounding industry restructure talks and industry body annual general meetings this week at home in Australia.

“Our non-attendance in Brazil was not a form of protest – it was simply that CCA had other important commitments at the time,” Mr Ogilvie said.

Having already made its decision on the global principles and criteria, there was also a cost-saving element.

“We couldn’t see the point of spending a lot of producer money in going there to say ‘no’, when we had already made our mind up,” he said.

While it voted against the global principles and criteria for defining sustainable beef at last week’s meeting, CCA said it remained committed to the GRSB organisation and its aims. “Increasingly, stakeholders in the Australian beef industry are calling for more evidence that the industry is working to improve its sustainability credentials,” Mr Ogilvie said.

“The Australian beef industry is continuously evolving and adopting proactive and transparent approaches to meet customer and community expectations. As part of this process, the industry needs a clearer understanding of what data is currently available to determine what indicators are relevant.”

“The GRSB’s membership represents many of our industry’s major customers. It is committed to tackling the task of defining a global definition of a sustainable beef industry, and fostering continual improvement. These are both ideals that CCA supports,” he said.

“However on considering the GRSB draft principals and criteria, it was determined that CCA could not endorse the document in the current form, and we voted against their adoption.”

Mr Ogilvie said CCA would now work further to support a definition of sustainability that “genuinely reflected the realities of the Australian industry and environment.”

“CCA, through its membership of the Red Meat Advisory Council, is committed to ensuring the Australian industry can be recognised as world leaders to our customers.  Industry has progressed the initial steps to develop an Australian Sustainability Framework that can deliver benefit to industry and transparency to our stakeholders,” he said.

The project entails an initial, high-level gap analysis of data and a series or possible indicators have been developed. Draft themes reviewed as part of the process included ‘Economic Prosperity’, ‘Environmental Management’, ‘Welfare of Livestock’ and ‘Nutrition and Food Safety’.

“In due course, we will put together a sustainability framework which suits and reflects the Australian beef industry,” Mr Ogilvie said.