Investigators from Queensland’s Crime Command’s Major and Organised Crime Squad Rural in Cloncurry have charged two men following a protracted investigation into the theft of 800 head of cattle from a property north of Richmond in the State’s North West. 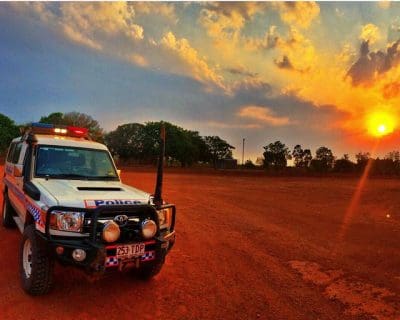 Operation North Veering commenced in 2015 after a local property owner made the complaint to police. It was alleged the stock were removed over a period of time between 2014 and 2015.

“Often the remoteness of the crime location can add an extra layer of complexity to our investigation, however through sheer diligence of the officers involved, we were able to obtain the information and evidence we needed to make the arrests and bring this investigation to a close.

Today, detectives from MOCS Rural Cloncurry charged a 56-year-old man and property owner from an area north of Richmond, with three charges of stock stealing and receiving tainted property. He was bailed to appear in the Richmond Magistrates Court on May 22.

This follows the arrest of a 34-year-old man from Atherton in January 2019. The man was charged with eleven counts of stock stealing and bailed to appear in the Mareeba Magistrates Court on April 8.

“These arrests are significant for the livestock industry and stock owners who have been at the mercy of those who seek to prey on our primary producers.

“There are many people within our community that are not aware that stock theft still occurs. We take this as an opportunity to encourage all property owners to stay vigilant and keep an eye on their cattle numbers.

“If you notice anything suspicious around your property or wish to report these matters, we ask that you contact us as soon as you can. This can assist us greatly in these type of investigations,” Detective Senior Sergeant Lacey said.