Cattle Council of Australia has this morning confirmed the appointment of a new CEO to replace Jed Matz who is stepping down after 10 years with the peak grassfed cattle producer representative body. 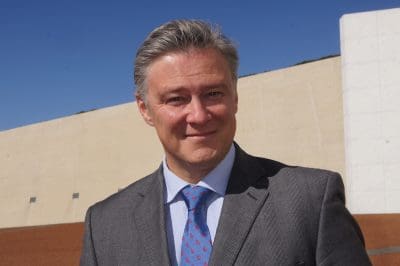 Duncan Bremner will take up the position early in the New Year.

Mr Bremner brings to the role a broad range of experience spanning cattle production, media, and senior roles within Government and rural industry organisations (more on his background below).

“Jed has contributed significantly to the organisation over the last ten years and thanks to his leadership Cattle Council is in strong position to tackle future challenges and rise to the opportunities presented along the way,” Mr Smith said.

“As we welcome Duncan Bremner as CEO, I have every confidence that he will do an exceptional job at leading the organisation into the future and continuing to represent the needs of beef producers across the country.”

Mr Bremner’s previous roles include CEO of Animal Medicines Australia, the Australian Road Train Association, and working in a range of senior roles in government advocacy and public relations internationally.

After spending the early part of his life in the cattle industry, Mr Bremner said accepting the position of Cattle Council CEO feels like he is returning to his roots.

“My upbringing and early working life was based around the cattle industry – from my family’s grassfed, feedlot, and cross-breeding interests in Central West NSW; to working on stock camps in the Northern Australian cattle industry.

“My professional path has taken me through some very interesting domestic and international roles, always with some link back to agriculture,” Mr Bremner said.

“Taking up the position of Cattle Council CEO means that I can finally move from working on the periphery of Australian agriculture and return right to the heart of my passion, the Australian cattle industry.”

Mr Bremner believes the industry is in a strong position and looks forward to leading Cattle Council in the New Year.

“It is important that Cattle Council continues to be recognised as a robust, influential, effective voice for the industry – through influential policy development, effective advocacy of those policies, and positive promotion across the domestic and global supply chain of the Australian beef product.”

Duncan is an accomplished CEO and Board Director, established in the fields of agribusiness, regional development, logistics, and trade.

He brings strong experience in leadership, innovation, advocacy, and governance through his roles on such Boards as the Brussels-based International Federation for Animal Health, Agribusiness Australia, ChemCert, the National Farmers’ Federation Council, and the National Rural Press Club.

His senior executive roles include serving as the CEO of Animal Medicines Australia, the Australian Road Train Association, and a series of senior roles in government advocacy and public relations in Australia, the UK, and North America.

Prior to entering the corporate sector, Duncan established and maintains strong multi-partisan relationships at Federal, State, and Territory Government levels, having served in such roles as an advisor to former Deputy Prime Minister John Anderson, and as an advisor during the establishment of the National Broadband Network company (NBN Co).