AFTER an exhaustive assessment process, provisional approval has been granted by the AusMeat Language and Standards Committee for the use of objective digital camera technology in performing Meat Standards Australia grading. 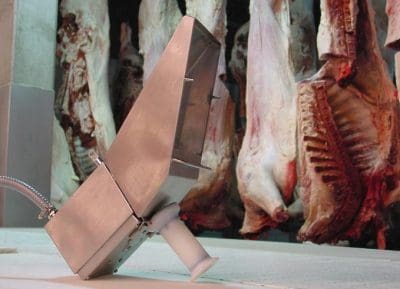 Teys Australia is set to be the first processor to implement the E+V camera-based MSA grading technology, at the company’s Wagga Wagga facility in NSW.

An implementation date is anticipated for early March, and a roll-out plan is in place to adopt the units at Beenleigh and other Teys processing sites later in 2020.

Two versions of the German-made E+V cameras – a chiller assessment format and a whole carcase version – have been under trial at Teys Wagga and Lakes Creek Rockhampton for the past two and a half years, with performance trials submitted for AusMeat standards approval last year. A repeated study will be conducted at Wagga at the end of March, to ensure the cameras are continuing to perform within required parameters.

The chiller assessment version of the E+V camera assesses MSA traits including meat colour, fat colour and both AusMeat and MSA marbling, at the quartered rib site. Work is still progressing on approval for the unit’s ability to assess eye-muscle area, which if successful, will eventually be employed with a separate whole-carcase E+V camera to define carcase yield.

It is only the rib-eye camera which has been approved by AusMeat for MSA grading use at this stage – specifically for assessment of meat and fat colour and marbling traits.

“The camera system is providing a better tool for graders to measure traits on which we pay MSA cattle suppliers,” Teys’ Tom Maguire said. “It’s about building consistency, confidence and trust in the process,” he said.

The introduction of camera-based MSA grading did not greatly reduce manual grader workload, because the grader still has to assess pH decline, temperature decline, evenness of carcase fat cover and in some cases, hump height on each carcase.

“What the camera does provide, however, is greater transparency with MSA cattle suppliers, and assured consistency in grading performance on the four traits described,” Mr Maguire said.

“As Teys moves progressively towards our long-term vision of value-based marketing, that trust along the supply chain is a critically important – and the new MSA grading camera helps reinforce that,” he said. 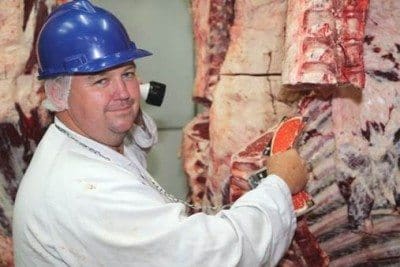 While current manual MSA graders working across the industry operate at a high-degree of proficiency, the fact is the process contains a ‘human factor’, and repeatability and consistency are important.

The new E+V cameras have been proven to be at least as repeatable as the best MSA manual graders in the country. The cameras have been ‘trained’ against an experienced MSA grader, regarded as the gold standard for consistency of grading performance in AusMeat.

Accredited MSA graders will continue to play a critical part in the assessment process, operating the E+V cameras as a tool to make routine grading judgements.

Under certain circumstances – such as a badly-quartered carcase, or where bone-dust or moisture is present on the quartered surface, potentially distorting the marbling or meat colour assessment  – the MSA grader will have the ability to over-ride the camera assessment, and perform the task manually.

Another important part of the process is that digital images of each camera-graded carcase will be retained, for potential dispute settlement.

At some future point, Teys plans to incorporate individual carcase images in producer carcase feedback information. That will require some IT development, perhaps using the Cloud for data storage. One of the simple challenges already identified is the wide colour variation that may be evident on different on-farm computer screens.

While Teys will initially use the E+V camera only on MSA-eligible carcases, the longer-term plan is to grade all carcases using the technology. 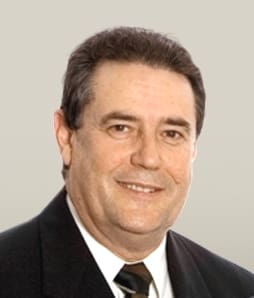 AusMeat chairman Allan Bloxsom said approval had now been completed for the E+V cameras to be used commercially in the industry, subject to several provisions, such as documentation of the use of the cameras in each plant’s QA systems. This would cover events such as what happens in the event of the need for ‘re-reads,’ and over-riding the camera results.

Agreement had been reached that only certified MSA graders would be eligible to operate the E+V cameras.

Mr Bloxsom said the data collected from the Teys trials was sufficient to mean that other operators could now use eligible cameras for MSA grading, without doing further trial work.

He said the technology could quite easily manage chain speeds typical in large Australian beef plants.

While other vision grading cameras were in voluntary use in the Australian meat industry, such as the Japanese Kuchida camera used in the Wagyu sector, the E+V camera was the only example to come forward for AusMeat grading approval at this stage, Mr Bloxsom said.

“It’s all systems go, so far as AusMeat is concerned, for the E+V camera. It’s likely other units will now come on line,” he said.

Similar E+V cameras have been used in the US beef industry for the past year or two, calibrated for USDA grading criteria. The US experience suggests that manual grading assessment is still required on some carcases, for a variety of reasons – especially in high-volume plants.

The Australian beef industry has a long history of interest in camera-based grading systems, most notably the pioneering Video Image Analysis (VIAScan) system developed, but never commercially implemented, by AMLC/MLA from the mid-1990s to early 2000s. A number of supply chains, including Woolworths, used VIAscan for carcase assessment and feedback, but never got to the stage of basing payments on digital images.

The current owners of the VIAScan technology, Cedar Creek, is also understood to be revamping its system, with a possible view to AusMeat approval for carcase grading.