Call for care disposing of batteries, with cattle exposed to lead 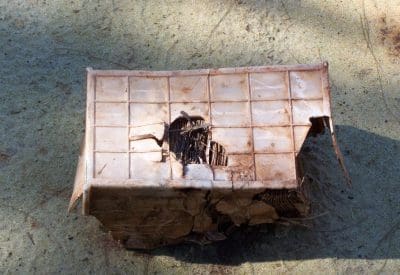 WITH reports 280 cattle have been exposed to lead toxins in past three months, the New South Wales Department of Primary Industries is encouraging producers to be vigilant when disposing of batteries.

“All recent cases reported involved young cattle and old car batteries which could have been avoided by removing batteries from paddocks before cattle had access,” Dr Bolin said.

“Livestock exposed to lead must be assessed by a veterinarian to ensure they are safe for human consumption, restricting lead-affected animals from slaughter.

“Prevention is the best strategy and removing the animals’ access to lead sources is the first step.”

Cattle exposed to lead must undergo a blood test and if positive are permanently identified on the National Livestock Identification Scheme (NLIS) database.

Dr Bolin said cattle are inquisitive by nature and tend to chew on novel objects.

“Old battery casings can be brittle and break up, giving cattle access to lead,” she said.

“One broken battery potentially contains enough lead to kill a dozen or more cattle, while other potential sources include lead-based paint and waste oil.”

The department says while sheep and other animals can be poisoned by lead, cattle are the most affecte.

Often the first sign of lead poisoning is dead cattle. Some cattle may have no signs, while signs of acute lead toxicity include staggering, muscle twitching, teeth grinding and blindness.

More information is available from LLS and NSW DPI. If you are concerned about potential lead poisoning in livestock contact your LLS district veterinarian by calling 1300 795 299.