A halving of the fuel excise announced in the 2022 Federal Budget will save heavy transport operators 4.3c/L. File photo: Australian Livestock and Transporters Association

THE Federal Budget handed down by Treasurer Josh Frydenberg last night has drawn a lukewarm response from agriculture, with the headline halving of fuel excise doing little to ease inflationary pressure being felt by transport operators.

The budget has cut the 44.2 cents per litre payable at the point of sale to all road users to 22.1c.

For transport operators, the excise at 44.2c/L covered payment of 26.4c/L as the Road User Charge (RUC) under the Fuel Tax Act 2006, and the balance of 17.8c/L appeared as a credit each month or quarter with the Australian Taxation Office.

Cutting of the excise to 22.1c means transport operators will now be 4.3c/L better off, over the next six months, and industry sources have said the change will require even more careful management of cashflow with the regular ATO credit removed temporarily.

Queensland Trucking Association chief executive officer Gary Mahon said a standard fill for a semi-trailer is 1000 litres, and at a ballpark fuel price of $2/L, so the 4.3c/L reduction will save $43.

“Depending on how prices fluctuate around, it will be difficult to discern that you are getting that benefit,” Mr Mahon said.

“We would have liked to see more benefits flow through to the road freight industry for fuel prices.

“Without that benefit flowing, you are not likely to see road-freight charges change much, and that will flow through to the supermarket shelves.

“The primary benefit has gone to the ordinary vehicle user.” The RUC is a major funder for Australia’s road network, and the Federal Government has forecast the excise cut will cost $3 billion in lost revenue.

“We think that’s a very optimistic number; economic commentators are suggesting it is more between $4B and $5B.

“That is a lot less money going to the improvement of the safety of roads and productivity around the country.”

He said while the budget has allocated some funding to the Inland Freight Route from Charters Towers in Queensland to Mungindi on the New South Wales border, others routes have missed out.

“Corridors like the Gore (and) Warrego are both in need of greater investment, and the Capricorn is another that deserves a mention, along with the Flinders.

“It is that network of spines, particularly through the central west, that we would like to see get a greater priority.”

At Berrigan in southern NSW, Kelvin Baxter Transport principal Kel Baxter said with fuel prices now over $2/L, compared with sub $1/L after COVID hit, this small saving from the Federal Budget will make little difference to the high cost of fuel in the company’s fleet of close to 50 trucks.

“The reality is we are just having to pass it on; we can’t do anything about it,” Mr Baxter said.

National Farmers Federation CEO Tony Mahar said the Federal Government had begun to answer the call in the NFF’s Roadmap for a revitalised future for Australia’s regions in the 2022 budget, but more investment would be needed to bring the vision to life.

“Agriculture is on (a) trajectory of growth; now is the time to supercharge the industry and the rural and regional communities that rely on it.” 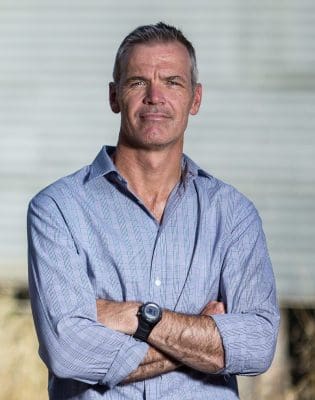 Mr Mahar said a highlight of the budget was the $1.3B spend over six years on regional communications.

However, he said the budget failed to deliver adequate and sustainable funding for the modernisation and expansion of Australia’s biosecurity system.

“An investment of $15 million in financial year 2023 to ward off a lumpy skin disease incursion falls short, given the serious risk to international market access.

Other key budget measures for agriculture and regional Australia welcomed by NFF include:

Carbon and biodiversity extension officers will also be appointed to help producers enter the markets.

An additional $85.4M for drought readiness to be met from the Drought Future Fund.

A new Regional Accelerator Program (RAP) will be established, providing $2B over five years for economic growth and productivity in regional areas.

Four regional areas are set to receive $7.1b over 11 years in the Energy Security and Regional Development Plan, being:

Hunter, NSW: Transport infrastructure to improve supply chains and diversify the economy, and facilitate the development of new industries.

The Murray-Darling Basin will receive an additional $139.9M to improve environmental outcomes and economic development, to be met from existing departmental resources.